Glenn Rifkin has one of the best jobs in journalism: obituary writer

Glenn Rifkin (COM'75) poses for a photo at his Acton home. He is a longtime business and tech journalist who, over the past decade, has become an advance obituary writer for the New York Times and Washington Post. Photo by Jackie Ricciardi for Boston University

For more than 30 years, prolific business and tech journalist Glenn Rifkin profiled entrepreneurs, innovators and tycoons for major newspapers and tech magazines, before he landed on the obituary page in 2011. He was 57.

Rifkin (’75), it should be noted, was very much alive in 2011. But that’s when his byline first appeared on an obituary. Writing the obit was unexpectedly satisfying, and, more than a decade later, he’s still on the beat, writing the life stories of the famous and infamous as a freelance contributor to the New York Times and Washington Post.

For Rifkin, the midcareer pivot has been as rewarding as it was surprising. “I’ve found myself, by no fault of my own, in the middle of this great renaissance of obit writing,” he says.

The beat was once reserved for journalists at the end of their careers, a desk nobody wanted to be assigned to. But that’s changed in recent decades. “Obits in the 21st century can be just as rollicking and swaggering as their subjects,” former Times obituary writer Margalit Fox said in the 2016 documentary film Obit.

Sometimes assignments take the form of a spot obit, covered as breaking news and written on deadline immediately after a notable person dies. But for many prominent people, especially those who have reached a certain age, obituaries are written in advance. The Times has about 1,800 obituaries awaiting publication. Approximately three dozen bear Rifkin’s byline.

Newspaper jargon has a morbid sensibility. Journalists write on deadline and old clips are archived in a morgue, but obituary writers take it to another level. The Society for Professional Obituary Writers—“an international organization created for folks who write about the dead for a living”—presents annual tombstone-shaped Grimmy awards. “You’re never going to run out of subjects,” Rifkin says. “People are dying to get in.”

But that dark humor masks something that Rifkin learned from writing his first obituary: “This isn’t really about death at all. It’s all about a life.”

Rifkin’s journey to the obit page began with a business book. He cowrote The Ultimate Entrepreneur: The Story of Ken Olsen and Digital Equipment Corporation (Contemporary, 1988), a biography of the CEO of what was then the second largest computer company in the world. That book led to a role covering Boston-area business and tech stories for the New York Times. More than two decades later, Rifkin heard that Olsen’s health was failing.

He reached out to his business editor, who connected him to the obit desk, and suggested that he write Olsen’s obituary when the time came. “Why don’t you write it now?” said obituaries editor William McDonald. “That was the first time I’d ever heard of an advance obituary,” Rifkin says.

He took the assignment, wrote the story, and the Times filed it away. The obit ran a year later and began, “Ken Olsen, who helped reshape the computer industry as a founder of the Digital Equipment Corporation, at one time the world’s second-largest computer company, died on Sunday. He was 84.”

This isn’t really about death at all. It’s all about a life.

Rifkin has been writing obituaries ever since, along with his regular business beat (his most recent book, Future Forward, about International Data Group founder Patrick McGovern, came out in 2018). He’s written obits about the inspiring, like Tony Hsieh, former CEO of Zappos, and the notorious, like John McAfee, the software mogul turned fugitive. He chronicled the life of an airline pioneer, Herb Kelleher. And he became the go-to writer for another business: “I’ve written the obits of nearly every cable entrepreneur in the last 50 years,” he says. “I’m hoping we’ve run out of cable industry people.”

Rifkin’s reporting is straightforward. He reaches out to family and colleagues. He finds an expert in the subject’s field, to better understand their influence. Occasionally, he even contacts the subject. Some decline to speak with him, he says. Others are honored the Times wants to tell their story and they provide insightful observations about their lives and legacies.

“Depending on the person and how aggressively involved they want to be in their own legacy, it can be a negative,” he says. “Sometimes they want to see [the obituary], which they can’t. This is a story they’ll never read.” The final step before publication is confirming that the subject has indeed died.

Writing an obituary is a delicate process. The importance of someone’s time on Earth must be distilled to a few hundred words. A truly remarkable life—think presidents, royalty, trailblazers—might get a few thousand. The Times devoted 13,870 words to Pope John Paul II.

Long or short, portions of most obituaries follow a template. When and where someone died, along with their historical significance, usually fills the opening paragraph. That’s followed by the cause of death or, at least, confirmation that it happened—an obituary editor’s worst nightmare is announcing the death of a still-living person. Place of birth, parents and surviving family are also standard inclusions.

That’s not to say that an obituary must be a catalog of dry facts. Rifkin worked a tragically comic detail into his obit for William Goldman, the two-time Oscar-winning screenwriter of Butch Cassidy and the Sundance Kid and The Princess Bride: “Despite being fiction editor of [his] school’s literary magazine, he was unable to get a single story published in it.”

The renaissance of obituary writing that Rifkin talks about includes a new form of the genre: obit collections which, in their entirety, tell a story much larger than that of one life.

In its coverage of COVID-19, the Times sought to show the devastating reach and inequity of the pandemic with its “Those We’ve Lost” series. The paper most famously used the format in its “Portraits of Grief” series, which told the stories of the people who died at the World Trade Center on 9/11. The series was a major piece of the paper’s “A Nation Challenged” section, which received the 2002 Pulitzer Prize for Public Service.

The short vignettes of COVID victims—just 500 or so words apiece—revealed the devastating and often inequitable path the pandemic was cutting across the country. Rifkin wrote 12 of them, including an obituary of Elvia Ramirez, a 17-year-old on the Fort Berthold Indian Reservation in North Dakota.

“I wanted to find out what the life of this person meant to the very small circle around them. We all have some meaning to somebody,” Rifkin says. “I also realized that my job was to convey the tragedy of COVID at a time when so many, especially in places like North Dakota, were refusing to acknowledge the danger and the severity of the pandemic.”

Rifkin detailed Ramirez’s plans to attend college and marry her boyfriend. He also revealed that her mother, Susan Three Irons, wasn’t allowed into her hospital room. The two were on a video call together when Ramirez went into cardiac arrest and died. Rifkin says tears rolled down his cheeks during his interview with Three Irons.

“I got a sweet note from Susan after the obit ran,” he says. “It isn’t very much solace, but there is something meaningful to know that her child’s story was being shared with millions of readers.”

What Makes a Worthy Life?

A reported obituary shouldn’t be confused with a death notice—starting at $263 (or $1,200 with a photo) anyone can be remembered in the New York Times via a paid placement written by a family member or a funeral director. A death notice is for the people who knew the subject. An obituary, though, is as much a profile as a tribute, and the audience is the newspaper’s entire readership.

By one estimate, 178,000 people die every day. Perhaps a handful, on a busy day, make it into the Times. The space those take up in the obituary section—or, on rare occasions, page one—reveal the perceived importance of a person’s life.

“I was told awhile back that if you do a search in the Times archives and that person’s name has never been mentioned in the paper, they’re unlikely to rate a Times obit,” Rifkin says. That’s an exaggeration, of course, but makes the important point that selecting obit subjects can reinforce decades of institutional and societal bias.

“People of color were routinely ignored. Women were generally ignored,” Rifkin says. “It’s fascinating to look back and see who got covered and who didn’t.” The Times began accounting for those who didn’t in 2018, with “Overlooked”. The ongoing series seeks to remember people who weren’t honored by the paper at the time of their death. It began on International Women’s Day with obituaries of 15 women, including journalist Ida B. Wells, poet Qiu Jin and Bollywood star Madhubala. It has since expanded to include other underrepresented groups. Rifkin’s contributions include Homer Plessy, whose attempt to ride a New Orleans train led to the infamous Plessy v. Ferguson Supreme Court decision that upheld racial segregation.

Rifkin estimates that he’s written 100 obituaries for the Times and Post combined, about half of them still unpublished. The most recent is about former professional baseball player Tommy Davis. Of course, Rifkin doesn’t know when the next one will appear.

“The common denominator is the idea that every life had meaning. Sometimes the meaning was huge—it had influence on millions of people—and sometimes the life was small and it only influenced a few people,” Rifkin says. “But at the end of the day, there was something that made that person special.” 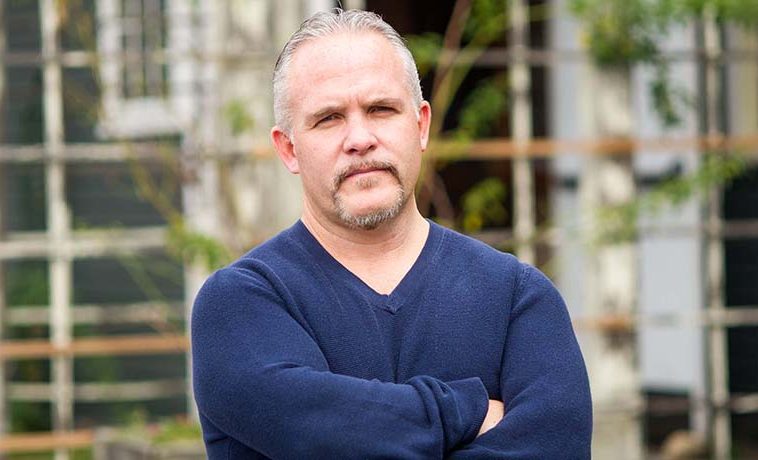 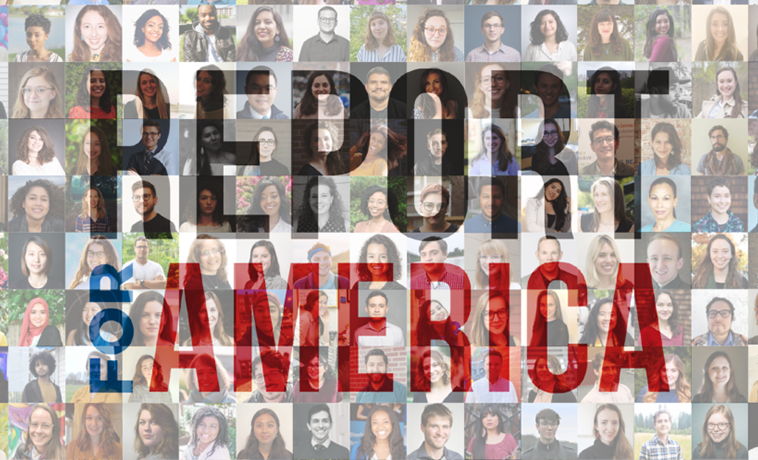