The Redstone Film Festival is the BU Department of Film and Television student film festival held each Spring and is sponsored by the Sumner Redstone Foundation. The festival has been running for over thirty years. Awards for the festival winners are sponsored by Canon and The Redstone Foundation. The festival is recognized as one of New England’s premiere film and television venues and  features film projects written and directed by graduate and undergraduate students in the Department of Film and Television.

Over the years, the winners and finalists have turned out to be some of America’s most successful directors, screenwriters and producers. Many films screened at the Redstone Film Festival have been nominated in and won in film festivals all around the world. Two have even earned Academy Award nominations. 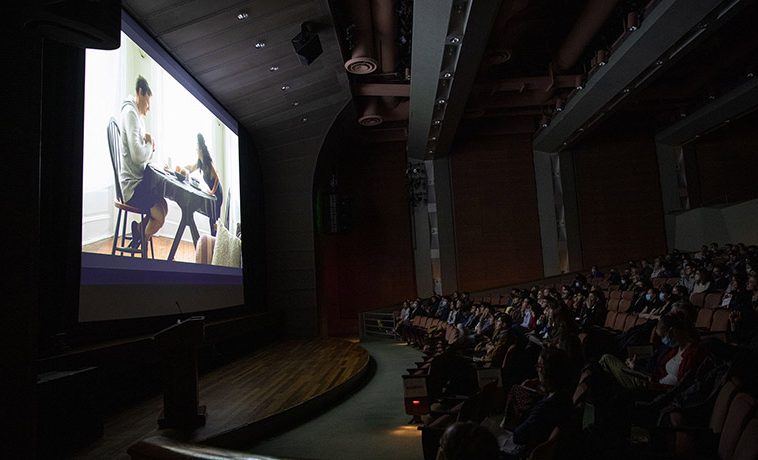 A boisterous crowd was on hand Friday, April 15, at the Tsai Performance Center to cheer on the winners of…

The Redstone Film Festival premieres on the BU campus each April and then travels to Los Angeles.  The Boston festival is highly anticipated each year, playing to a sold-out audience of students and friends from across the BU community.

The two-part festival concludes in Los Angeles for an audience of alumni and BU in LA students. The three winners from the Boston festival compete again, judged by a West Coast panel of industry experts. The LA festival also offers alumni filmmakers the opportunity to enter the Alumni Short Film contest.