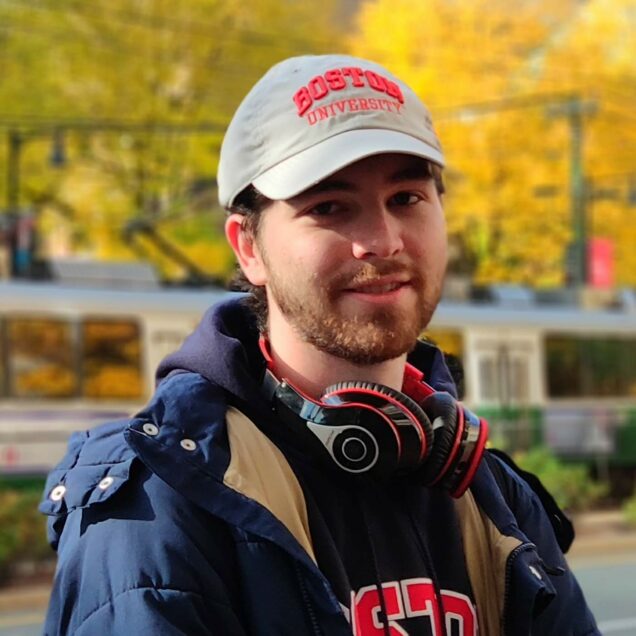 Film and Television student Eric Hansen (COM ’21) started his video and software company when he was 11, and it wasn’t hard for him to imagine grade school students learning tech skills that amazed their parents.

So last year he shifted the focus of the company he runs while attending Boston University full time to teaching girls and boys as young as 7 graphic design, video editing and programming. The result: a jump in business, student waiting lists and more amazed parents.

“A lot of adults underestimate the ability of kids,” says Hansen, founder of BNSBC Media Ventures and home to his education program, SpecGraphixEDU. “They are hesitant to challenge a second grader because of their age. It’s a huge mistake.”

The classes “are way more challenging than people expect, but the kids walk out with everything they need to know,” he adds. “Parents are just shocked. We talk about university-level things but they soak it up like a sponge.”

Hansen taught his first classes just after graduating from Brookline High School, one day a week over eight weeks on video production. Later he added classes on Lego architecture and Minecraft.

Hansen’s experience with BU BuildLab in early 2019 spurred the shift to teaching as the company’s primary focus. “That’s when I decided we were not a software company, but rather an education company,” he says.

When the pandemic hit, he moved the classes online. To his surprise, it was better for the students — and more profitable, since he can teach twice as many students per class.

“My students were a lot more productive. They felt less pressure,” Hansen says. Previously, “after coming to my class after a full day of school, they’re tired and just want to go home. Online, they’re excited and want to come to class.”

After graduation next year, he believes his after-school teaching will allow him to use his mornings to nurture other aspects of his company, such as video production and software design, that he put aside with the success of the classes.

Did he take classes like this in grade school? “Nope, they didn’t exist,” he says, “and that’s why I offer them now. I just think they’re important.”

Reporting While Black: Self Care and Wellness for Journalists