Arion is one of the most distinguished classics journals and is undoubtedly the most original. It has been published by Boston University since 1990. 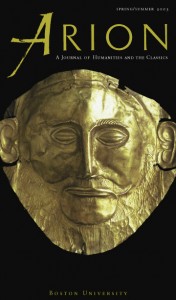 The accessibility of Arion to non-specialist readers deeply interested in the core values of Western culture is one of Arion‘s primary aims. Elaine Fantham, president of the American Philological Association, announcing Arion as the winner of the inaugural APA Outreach Award, captured what’s so special about us: “Arion is the one journal I would most want to show friends outside the Classics to demonstrate our exuberant variety of form and content, and its continued vitality.”

At the same time, Arion is available in most of the world’s best libraries because we demand the highest standards of scholarship from our contributors, whether these are prominent or simply promising scholars. Some of the best works in classics have had their start in Arion.

“More than humane philology is essential  for keeping the classics as a living  force. Arion therefore exists to publish  work that needs to be done and that  otherwise might not get done. We want to  stimulate, provoke, even “plant” work that  now finds no encouragement or congenial  home elsewhere. This means swimming  against the mainstream, resisting the  extremes of conventional philology and  critical fashion into which the profession  is now polarized. But occupying this vital  center should in no way preclude the  crucial centrifugal movement that may  lead us across disciplinary lines and  beyond the academy. Our commitment is to a genuine and generous pluralism that opens up rather than polarizes classical studies. We will not be coerced into conforming either to the traditional paradigms or to the “new” metaphysic and ideological absolutism of contemporary theory. If we are to move beyond the cant of “isms” now dominating the academy, intellectual daring is needed, not disciplinary diffidence.

We are in a quest of freshness of vision, a distinction of thought (as opposed to professional group-think), rigor of imagination, and an energetic sense of the spaciousness of the classical tradition.” 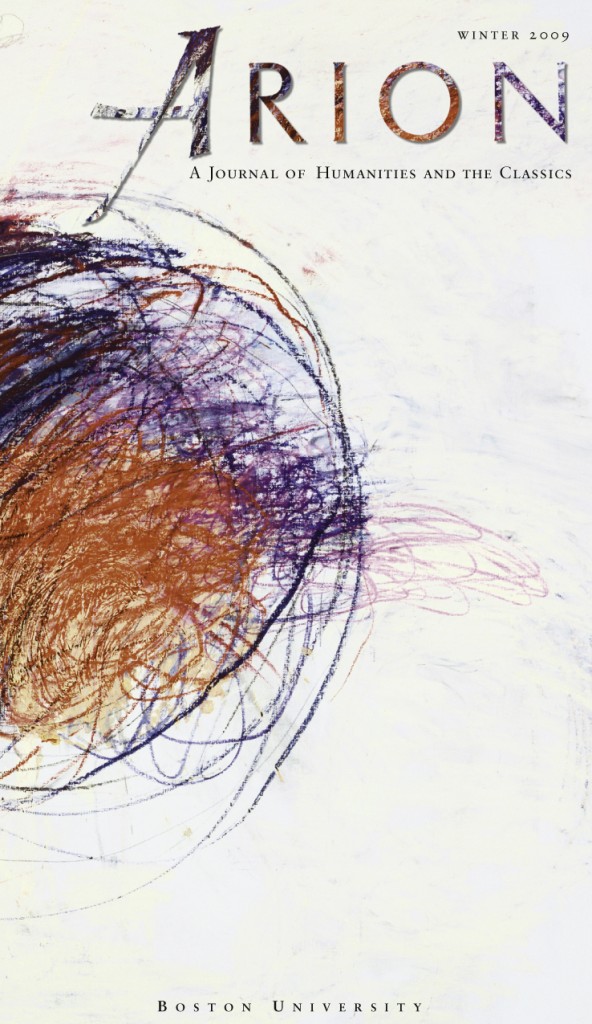