The Life Cycle of a Tree:
A Cultural Journey

The objective for this collection of poetry is to expand upon immigration and cultural silences as Monica Ong does in Silent Anatomies. This project will explore the cultural ties immigrants carry with them to the United States and their struggle to assimilate into a new culture while clinging to, or rejecting, their past. Culture, as these poems will argue, stays with us, and can either empower us or hinder us.

Like in Silent Anatomies, where many of Ong’s poems are spoken through the voice of Medica, most of the following poems will be spoken through the voice of Lazaro. Lazaro, in this context, represents an immigrant of Filipino background. The content of some of these poems draw on personal stories of my father’s immigration to the United States and his struggle to assimilate into American culture. The themes of the poems stem from the unintended tradition my father and I started. When he cooked fish and rice, he told me stories of his life in the Philippines as we ate together. These stories filled my head as a child and gave me an intimate feeling of what Filipino culture is. They have urged me to return to my roots and inspired the common symbol of these poems: the Narra tree. The Narra tree is the national tree of the Philippines because it is resilient and strong. It is meant to represent the cultural pride that every Filipino immigrant may carry with them. Many of the times, I write about how a Narra tree grows out of Lazaro’s back, making his culture “noticeable.” For many immigrants, not only is their physical appearance noticeable to Americans, but also their mannerisms that stem from their culture.

This project begins with the poem “Lazaro.” The original idea stems from how people could not pronounce my father’s last name when he immigrated to the United States. The style, therefore, follows Lazaro’s identity in his home country and how he struggles to adapt in the United States. The poem is meant to introduce Lazaro to the reader and orient them at the beginning of Lazaro’s journey. The poems following Lazaro incorporate several poetic styles. “Mag Iñgat” is written in prose, some are coupled with photos, and many poems contain phrases in Tagalog and Spanish. The different styles are meant to engage the reader with imagery, as Ong does in Silent Anatomies.

As it comes to a close, the project questions whether immigrants should forget their cultural roots and accept American culture as their own or acknowledge their cultural roots and integrate them into their new lives in the United States. There is not a wrong answer, but Lazaro will show us the pieces of culture many of immigrants choose to embrace, as well as forget.

The Life Cycle of a Tree

Lazaro is from the earth,
deep roots, dark and knotted.
Lazaro comes from patría adorada, pearl of the orient.

The winter of 1982 was the first snowfall for Lazaro. November chills shocked the Narra’s [3] roots, unused to the chill. Shouldering branches and unburdened baggage, Lazaro steps off the plane. Cadiz gave him 5 dollars. One crumpled dollar curled from the cold in his pocket. It will have to do. I will be fine.

I will be fine.

Last of nine, Lazaro was the first to plant our seeds in the snow.

And they grew into a forest.

We will be fine. 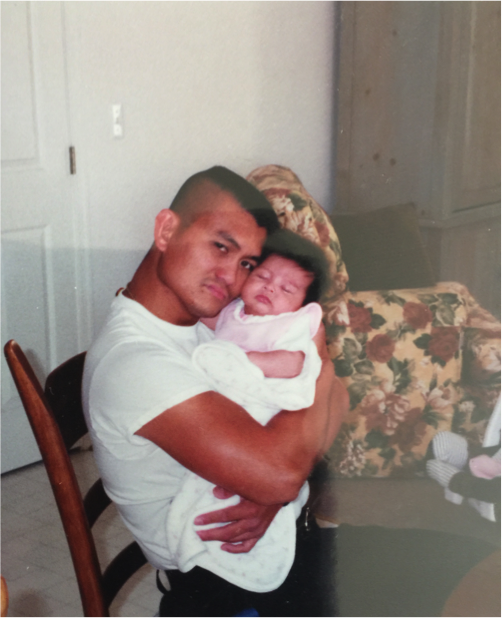 I want you to sail the Ocean. 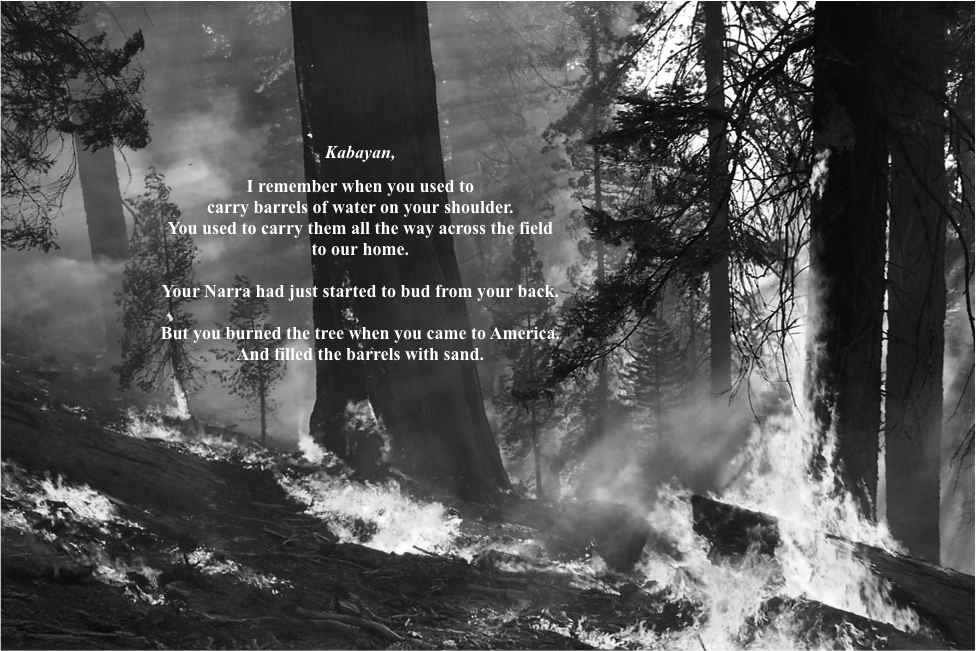 When I came to America,
a Narra tree grew from my back.
Its gnarled roots became one with my spine.
Its leaves tickled my ear, and told me stories
I tried to forget.

I went to a doctor
because I was getting a lot of stares.
He prescribed me an axe and
told me to cut it down and bury it
in the backyard.

When I did, the Narra sprung from the earth.
And I watered it. 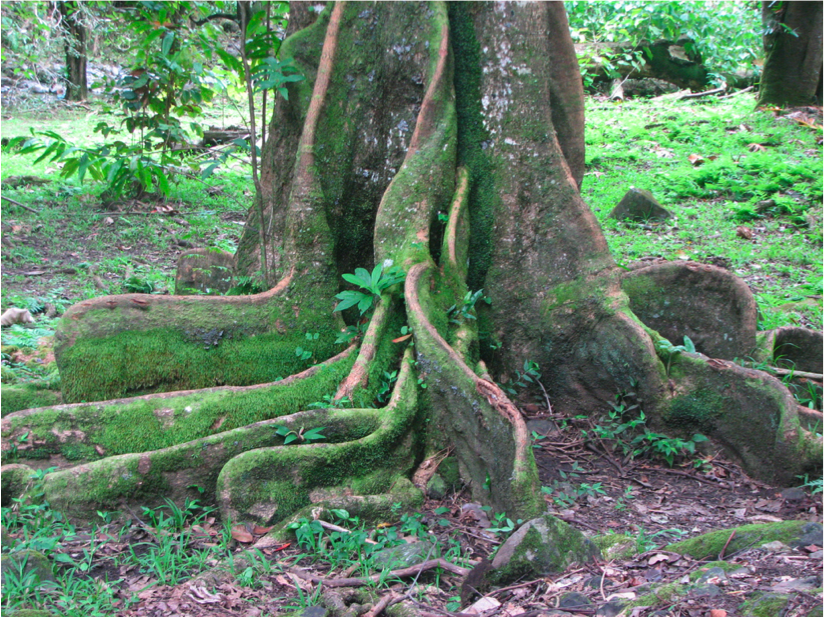 When they ask you
“Where are you from?”
Answer with,
the same place as you,
home.

Maybe then the ghosts will leave you
alone. 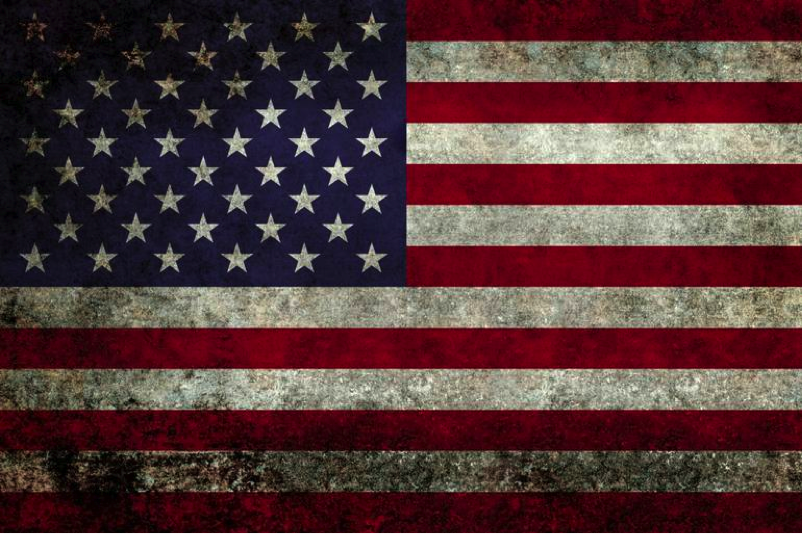 But not for us.

My sister’s skin was the sky at dusk.
Ugly with its shades of color.
Hideous with its intense depth,
scarred,
like tilled soil in the sugarcane fields.

She wanted her body to be a cloudy day.
All white.
So she scoured her skin
with a machete,
And scrubbed away the night sky. 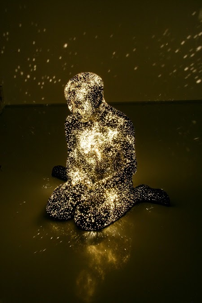 Dawn is Better than Dusk

My Daughter, your skin is the sky at dawn.
Beautiful with its shades of color.
Wondrous with its intense depth,
scarred,
Like bark.

The Moon is jealous,
and tries to scorn you.
Do not listen to Her.
For the Sun is more interesting
than the Moon.

When I was a sprout,
My Inang [5] would let me sit
under the ironing board
as she worked.
She would talk to me,
and fill my canopy with stories,
and tell me of the past.When I was a sapling,
My Inang would tell
me that I, the youngest son,
would inherit the land.
She would say this as I
recited a poem about
an old, yellow dog.When I grew tall,
Inang whispered to me less.
I no longer recited a poem about
an old, yellow dog.
I did not inherit the land.I moved my roots.
My Night Sky,
Sit next to me.
I will give you some of my leaves and sew them into your canopy.
Let us talk together.Dearest Daughter,
Do not let anyone
snatch the forest I cultivated
long ago.
Care for it. It is yours.
Sing Mi Último Adiós
to it.When you grow tall,
Do not listen to the whispers
that tell you to be silent.
Sing your poem.
Cultivate your forest.Stand your ground.

Stories are best told with rice.
When you wash the rice, pour the water
over the Narra out back, it likes it best.
Fill the pot with rice and water, use your thumb.

Rice is best with fish.
Watch me pull a fish from my ear,
I’ll wrap it in banana leaf and steam it.
Watch the steam, it will tell stories
from my inang bayan. [6]

When you ask me
if these stories will be forgotten,
I’ll give you ­siopao.

Be careful.
In the middle,
is a Narra seed

Related to The Life Cycle of a Tree:
A Cultural Journey