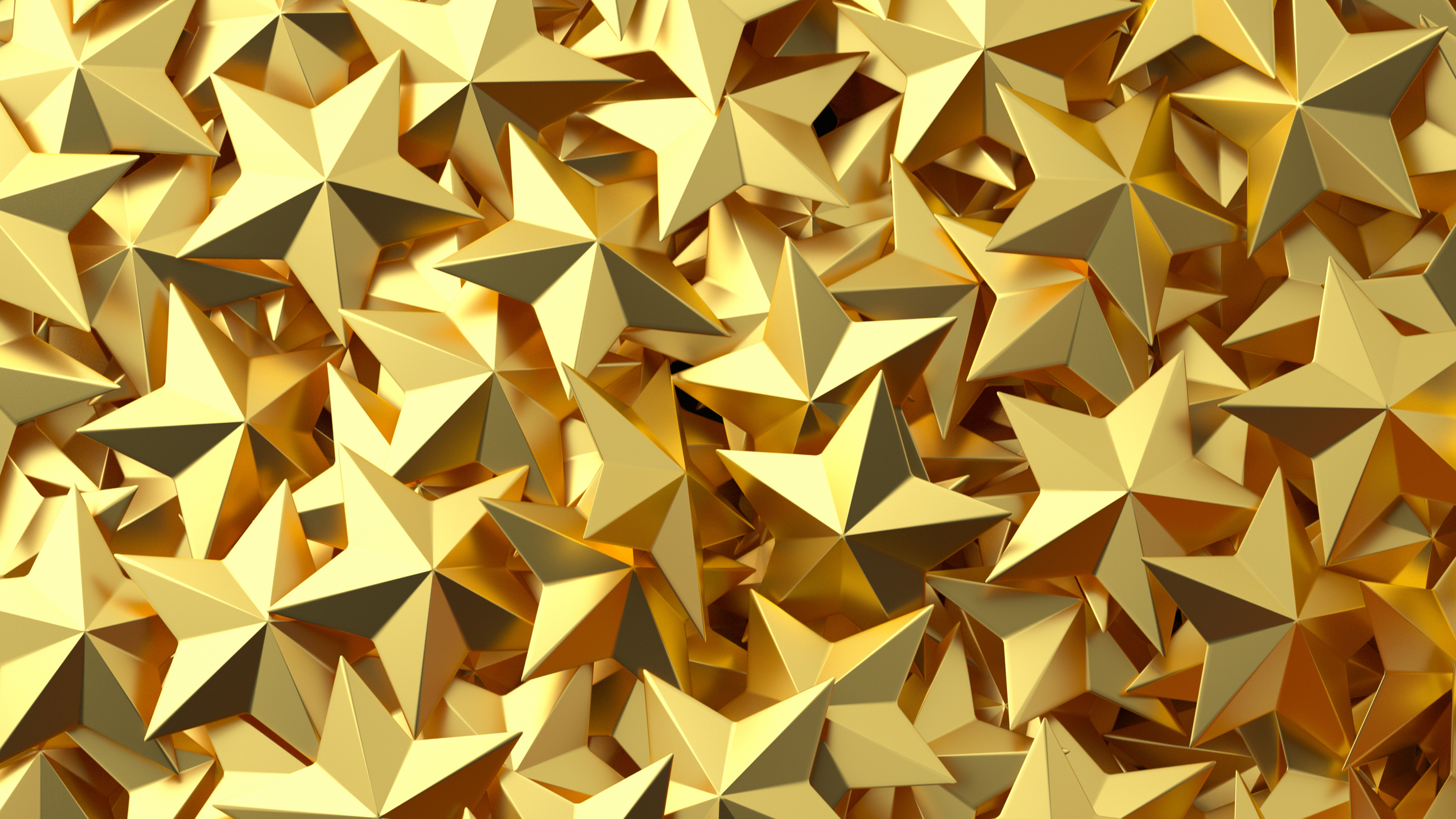 Several School of Public Health staff members have received the next round of Think. Teach. Do. Staff Awards.

Modeled after SPH’s core purpose, “Think. Teach. Do. For the health of all,” the awards program acknowledges staff achievements, behaviors, and strong work ethics that embody SPH’s core mission and values. It was developed by the Staff Recognition & Awards Subcommittee, an extension of the Staff Senate working group, in collaboration with Ira Lazic, associate dean for administration and finance.

The program aims to enhance team morale and staff resilience while rewarding staff excellence at the School, and is designed to stimulate innovation and novel approaches to work-related tasks and projects that benefit individual departments, SPH, or Boston University, as a whole. Awards are given to individuals for each of the three categories on a quarterly basis, and both part-time and full-time staff members are eligible.

The Think. Award is presented to an individual who has demonstrated exceptional innovation in research activities, program development, or the creation or implementation of tools and systems that improve processes at SPH.

In her role, Hartlage provides project-level data management and statistical support on a number of longstanding, high-profile projects for the BU Alzheimer’s Disease Research Center and BU Chronic Traumatic Encephalopathy Center, and has been instrumental in leading efforts to accommodate the needs of the continuously expanding and evolving project landscapes.

In addition to her key job responsibilities, Hartlage has worked closely with the BEDAC leadership team to develop standard operating procedures, guidelines, and programming tools to be used across the center to ensure data quality, security, and integrity. She also is a steering committee member of BEDAC’s Data Science Seminar Series (BUDSS), a co-founder of the center’s weekly coding drop-in hours, and served as a guest lecturer in the Essentials of Quantitative Data Management course during the Spring 2021 semester.

“Katie is creative, perpetually innovative, extremely productive, and her work is consistently of the highest quality,” wrote one of her colleagues in a nomination letter. “She is an integral team member, a supportive collaborator for all BEDAC programmers and analysts, and an invaluable resource and mentor for junior programmers and student interns.”

With limited staff hiring due to COVID-19 and a less available principal investigator, Magane took on several roles over the last year to ensure all grants funds for the vast research portfolio she oversees were retained and operations ran smoothly. She became the project manager for several NIH studies, successfully wrote an NIH grant renewal proposal, and led the submission of a $7 million grant for the Boston Alcohol Research Collaboration on HIV/AIDS—Comorbidity Center, of which she is now the director.

Magane has also helped to educate staff at the Institutional Review Board (IRB), as well as other research teams at SPH, BU School of Medicine, and Boston Medical Center regarding their own procedures and operations. In doing so, she developed a standardized language to eliminate errors and/or confusion during the application process when including Charles River Campus faculty on BU Medical Campus grant applications. She has also shared her expertise on properly completing Biosketches and other critical support documents to ensure NIH funding is not withheld.

In a nomination letter, Magane’s colleague wrote: “In my almost 30 years on faculty and in leadership positions, I have never seen anyone operate at the level, capacity, and effort that I see Kara doing every day. The bottom line is that, without any exaggeration, my very large research portfolio would have collapsed and likely led to return of funds from multiple grants had Kara not stepped in as project manager and to take on some tasks normally done by the PI.”

Over the last year and a half, van Heugten has been an instrumental leader in conceptualizing and executing the strategy behind the SPH45 Anniversary Celebration. In doing so, she has forged a path toward working collaboratively with SPH’s Office of Marketing and Communications and BU Central’s Development and Alumni Relations to creatively and strategically further SPH’s mission and position the School for success.

“Thanks to Jacoba’s creativity and thinking cap, the School has been able to raise significant funds during this event alone,” wrote one of her colleagues in a nomination letter. “We look forward to her continued strategy as she navigates the ship toward increasing giving in support of our students and mission.”

The Teach. Award is presented to an individual who has taken ownership of key concerns and needs, acted on opportunities, solved problems, or brought people and resources together to make processes at SPH more efficient and accessible for others.

Throughout her time at SPH, Costa has established herself as the go-to person for all grant-related activities within her department, where she has developed innovative methods to strengthen and streamline the grant writing process, including helping faculty understand the workload within the grants team, establishing expectations and guidelines for faculty to minimize both errors and late submissions, and mentoring junior staff members to support the grants process. She also works closely with faculty who are newer to the grant submission process to help educate and support them when and where needed.

In 2021 alone, Costa has overseen the creation and submission of over 50 grant proposals. Her colleagues describe her as “helpful, diligent, and thoughtful,” “very attentive to detail,” and “timely, responsive, and courteous.”

“It is not hyperbole to state that the research enterprise of the department would be diminished without her steady hand, and we are greatly appreciative of all that she has contributed,” wrote Costa’s colleague in one of several nomination letters. “Maria is an example of what we should all strive to be at SPH.”

In addition to her key responsibilities managing a suite of maternal and child health research projects in Central India, Ladha has been instrumental in leading and organizing department-wide, community building activities as the chair of the Department of Global Health’s NIFTY Committee. She is also an active Staff Senate representative, and often encourages other research staff at SPH to go to Staff Senate meetings and become active members of the School community.

As a graduate of the MPH program, Ladha has also positioned herself as a mentor for many current SPH students. She is a member of the teaching team for the global health course Planning and Managing MCH Programs in Developing Countries, and has worked to create an inclusive, participative learning environment for all students. Throughout the last year, Ladha facilitated in-class sessions while the course instructor taught remotely, and mastered and implemented the new technology to ensure the instructor, students, and external guests remained connected and engaged despite the hybrid learning format.

In one of several nomination letters, Ladha’s colleague wrote that her “leadership in creating community within the department has broken down many faculty and staff barriers, and her creativity in thinking about new ways to make it easier for folks to become integrated into our community has benefited both the department and the School enormously.”

The Do. Award is presented to an individual who has created extensive opportunities for others toward community building and making connections through programs, policies, and/or spaces, honoring the experiences of various populations and reflecting the SPH core purpose of sparking social change, fostering a sense of belonging, and building relationships across differences.

Jaclyn Bowes, director of individual giving and operations for development and alumni relations, received the Do. Award.

Through her work, Bowes plays a central role in engaging audiences inside and outside of the larger BU community in support of SPH’s mission. In addition to her efforts organizing the SPH45 Anniversary Celebration this past semester, Bowes helped support the Nursing Archives Associates and BU Development and Alumni Relations organize and host a virtual symposium commemorating the bicentennial of Florence Nightingale’s birth.

Leading up to the event in November, Bowes met with each speaker (of which there were 10) individually to teach them how to use Zoom, provide tips for adapting their remarks for a virtual audience, build an invite list, and adapt their scripts to keep stakeholders engaged throughout the day-long event. Through her efforts, Bowes helped maximize attendance with over 500 attendees and generate exposure for departments and centers across the University, including the Howard Gotlieb Archival Research Center and BU Libraries.

In a nomination letter, Bowes’ colleague wrote: “Time and time again, Jackie sincerely and thoughtfully creates opportunities to further relationships and collaborations across the University. I have never witnessed an employee that offers support with such humility, patience, grace, and humor. SPH DAR, BU SPH, and BU, as a whole, are fortunate to have her commitment and dedication in advancement of our mission.”

Michael Saunders, director of writing in the Office of Marketing and Communications, also received the Do. Award.

Throughout his time at SPH, Saunders has been a pivotal member of the community and the Marketing and Communications team, but especially so over the last semester. In particular, after the sudden and tragic passing of David Jones, associate professor of health law, policy & management, Saunders made himself available to the community to tape video testimonials about people’s stories and work with David. He spent multiple days holding space for faculty, staff, and students to drop by and record their memories of David, which he later incorporated into a video for David’s family.

In addition, when the School held a recognition celebration for 2020 graduates in October, Saunders helped provide staging setup, AV support, and multimedia coverage for the event, and came up to campus Friday, Saturday, and Sunday to ensure the stage and backdrop were adequately set up and taken down.

“Mike has stepped up a number of times this semester to serve the SPH community and help us all through important moments for the School,” wrote one of Saunders’ colleagues in a nomination letter. “His support has been invaluable.”

To recognize an employee for their outstanding contributions consistent with the Think. Teach. Do. mantra, please submit your online nomination form. Applications for the next round of award recipients are due by ­­­­­­­­February 28.