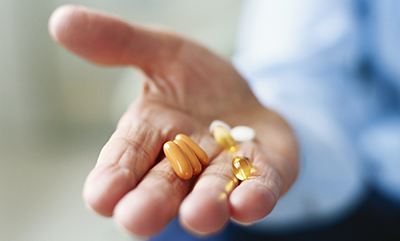 Ensuring adequate zinc consumption by older adults could have a significant impact on reducing the incidence of infection, according to a study co-authored by a School of Public Health researcher.

In a study in The American Journal of Clinical Nutrition, researchers examined the effects of increasing serum zinc concentrations in elderly nursing home residents through zinc supplements. The 25 study participants were given either zinc supplements or a placebo for three months.

The researchers found that zinc supplementation improved the number and function of T-cells, important to the immune system. The increase of serum zinc rose higher in the treatment group, at a rate of 16 percent, compared to those in the control group.

Previous work by researchers from the Jean Mayer USDA Human Nutrition Research Center on Aging (HNRCA) at Tufts University, which led this study, has found that about 30 percent of nursing home residents have low serum zinc levels, which puts them at increased risk for infections.

Davidson Hamer, professor of global health and of medicine at the School of Medicine, was a co-author on the new study. He is an adjunct researcher in the Nutritional Immunology Lab at the HNRCA.

Zinc is found in a wide variety of foods, including oysters, pork, red meat, poultry, seafood, and fortified breakfast cereals. Zinc is also found in beans, nuts, whole grains, and dairy products and is common in multi-vitamins. Too much zinc (the upper limit for adults is 40 mg/day) can be harmful, research has found.