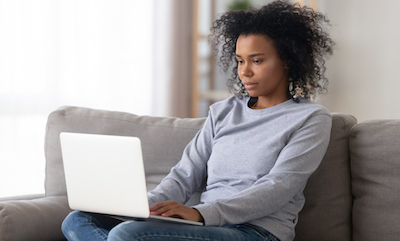 Beyoncé opened up about experiencing multiple miscarriages in the January 2020 issue of Elle magazine. The interview will likely lead more individuals to share their own experiences on social media, according to a new School of Public Health study.

Published in Paediatric and Perinatal Epidemiology, the study characterizes how Twitter users discuss miscarriage and preterm birth. The researchers found that miscarriage disclosures by Michelle Obama and other public figures prompted spikes in discussion, and in other people sharing their own experiences of miscarriage. The study also gathered thousands of individuals’ tweeted experiences with miscarriage, showing gaps in knowledge and support.

“Most individuals who self-disclosed a miscarriage in our data did not appear to have been offered any type of mental health support as part of medical management of their miscarriage,” says Elaine Nsoesie, the study’s senior author and an assistant professor of global health. “The need for emotional and psychological support seems to drive individuals to seek information and community online.”

Nsoesie points to a quote from the former First Lady’s disclosure: “What nobody tells you is that miscarriage happens all the time, to more women than you’d ever guess, given the relative silence around it.” In fact, 15-20 percent of known pregnancies end in a miscarriage.

The study also found increases in discussion of miscarriage around events related to reproductive rights, including legislation passed in Texas in 2017 requiring burial or cremation of fetal tissue associated with miscarriages, ectopic pregnancies, and abortions, and a pharmacist refusing to fill a prescription for misoprostol to end a Michigan woman’s failed pregnancy in 2018.

Preterm birth tweets spiked around reports of the high rate of preterm birth in the US, expressing frustration and calling for action. The researchers also found significant misinformation on the causes of miscarriage and preterm birth.

“Social media data provides a lens into the physical, emotional, and psychological impacts of miscarriages,” says Nsoesie, explaining that this information can inform care and support for people who have experienced miscarriages, and help identify knowledge gaps and misinformation in the public.

The study’s lead author was Nina Cesare, postdoctoral associate in global health. The other co-authors were: Olubusola Oladeji (SPH’19), who was a research fellow in global health while working on the study; Kadija Ferryman of the New York University Tandon School of Engineering; Derry Wijaya, an assistant professor in the Department of Computer Science at Boston University; Karen D. Hendricks-Muñoz of the Virginia Commonwealth University School of Medicine and the Children’s Hospital of Richmond; and Alyssa Ward of the Children’s Hospital of Richmond.