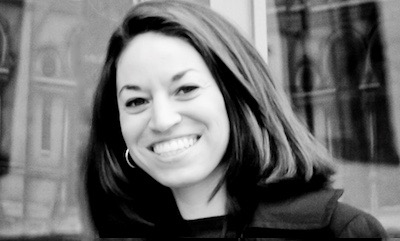 Abby Rudolph, assistant professor of epidemiology, has received a Digital Health Initiative Research Award to support the development of an overdose prevention app.

The app takes on some of the major factors contributing to Appalachia’s particularly high rates of overdose death. Currently, Rudolph says, too few people are trained in overdose prevention, too few people are going into addiction treatment, and emergency response times are too long,

A preliminary round of in-depth interviews with 20 people who use drugs in rural Eastern Kentucky revealed strong interest in the idea of an overdose prevention app, Rudolph says.

“Participants noted that every family in their community had been touched by addiction or overdose,” she says. “Community members cared about one another and would intervene if they knew how to save a life.”

Most overdose prevention programs only hold in-person trainings, leaving a gap in remote training that a mobile app could fill, especially given the ubiquity of smartphones. App-based trainings can also increase access to refresher trainings, as needed and in an emergency. With GPS features, the app will help medical emergency responders reach the scene faster and allow those using the app to search for nearby substance use and mental health providers, NA and AA meetings, needle exchange programs, and places to purchase Naloxone.

“The overdose epidemic has claimed many fatalities across the United States, and particularly in rural Appalachia,” Rudolph says. “I’m grateful for this opportunity to create a tool with such an enormous potential to combat this devastating epidemic.”

The BU Digital Health Initiative (DHI) is a collaboration between two university-wide research institutes, the Institute for Health System Innovation and Policy and the Rafik B. Hariri Institute for Computing and Computational Science & Engineering.

There is 1 comment on Professor Receives Award for Overdose App