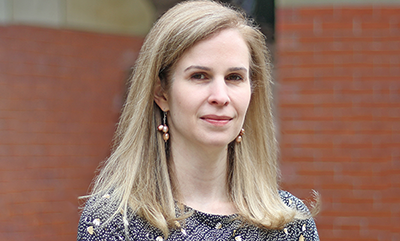 Lauren Wise, professor of epidemiology, has been named president-elect of the Society for Pediatric and Perinatal Epidemiologic Research (SPER). Wise will officially begin her three-year term after the organization’s annual meeting in Minneapolis, Minn., June 17-18.

“It is an honor and a privilege to serve SPER and to give back to a profession that I value greatly,” says Wise, who has been a member of the leading organization for epidemiology on pregnancy, infancy, and childhood since 2008. “As president, I will promote the conduct and dissemination of high-quality pediatric and perinatal epidemiologic research and support the mentorship of students, post-doctoral fellows, and junior faculty in the field.”

Wise says she is also committed to encouraging greater communication and collaboration among members, listening to their ideas, and increasing the society’s membership.

“I will make every effort to continue the legacy of the executive committee and members-at-large, nurturing the positive changes they have worked hard to implement,” she says.

SPER was formed in 1988 to foster pediatric and perinatal epidemiologic research, which includes the study of any factors that influence maternal health and the health and development of children, from their conception through their adolescence. The work presented at its annual meetings each June represents the cutting edge of research in pediatric and perinatal epidemiology. As president, Wise will organize SPER’s annual meeting in 2020.

Wise joined the Department of Epidemiology in 2004. Her research involves the study of benign gynecologic conditions, delayed conception, and adverse pregnancy outcomes. Wise is principal investigator of Boston University Pregnancy Study Online (PRESTO), a NIH-funded research study that examines as the relation of diet, lifestyle, and environmental chemicals with fertility and miscarriage. She is also principal investigator of the Study of Environment, Lifestyle, and Fibroids (SELF), in which she evaluates the influence of endocrine-disrupting chemicals on fibroid risk.