TB Is Major Cause of Death among Children Worldwide 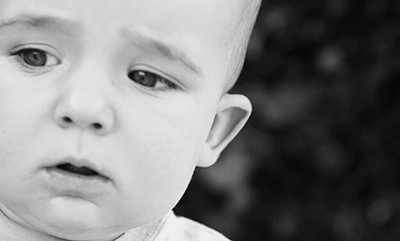 Tuberculosis, or TB, is the leading infectious cause of death across the globe, with nearly 1.8 million people dying annually of the disease, according to the World Health Organization (WHO).

Now, a new study co-authored by a School of Public Health researcher has shed light on the number of children killed by the disease, finding TB to be a top 10 cause of death in children under age 5. The study, published in The Lancet Global Health, provides the first global estimates of TB mortality in children from this age group.

“TB is both preventable and treatable in children. We simply must do more to find and treat children with TB to stop these unnecessary deaths,” said Helen Jenkins, assistant professor of biostatistics, who was senior author on the study.

Using 2015 WHO estimates of TB incidence in children and WHO-compiled notification data from national tuberculosis programs, the researchers estimated TB deaths in children younger than 5 and those aged 5–14 for 217 countries and territories.

The researchers found that in 2015, approximately 239,000 children under 15 had died from TB; of those, 80 percent, or 191,000, were younger than 5 years of age. The findings place TB ahead of meningitis, AIDS, measles, and pertussis as a major cause of death among children under 5 worldwide, despite its omission from previous analyses of under-5 mortality.

“Tuberculosis should rank as a major cause of death in children younger than 5 years worldwide, despite not appearing in the 2016 CHERG [Child Health Epidemiology Reference Group] estimates, which were based on both vital registration and verbal autopsy data,” the authors wrote. Noting that more than 96 percent of all TB deaths occurred in children not receiving clinical care, the researchers suggested that mortality rates could be drastically reduced through increased identification, diagnosis, and treatment.

Other authors include: Peter Dodd, research associate at the University of Sheffield; Courtney Yuen, associate epidemiologist at Brigham and Women’s Hospital; Charalambos Sismanidis, statistician at the Global TB Program at WHO; and James Seddon, clinical lecturer of pediatric infectious diseases in the Department of Medicine, Imperial College London.