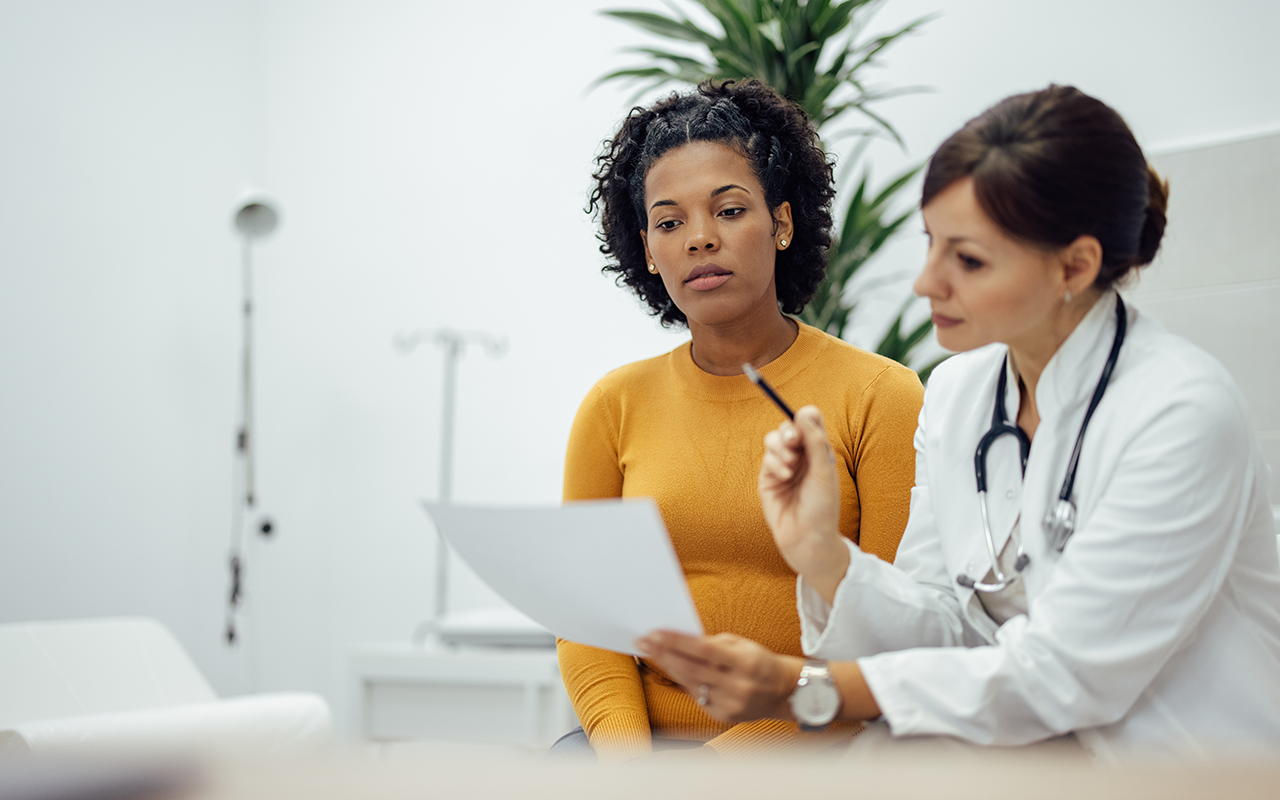 A new SPH project led by Jacey Greece, clinical associate professor of community health sciences, and alum Stacey Cunnington (SPH’22) aims to advance communication and education efforts around sickle cell trait in the US to better support both patients and providers.

Today, all babies born in the United States are screened for sickle cell status as part of the newborn screening program. This testing mandate has only been in place nationwide since 2006, though, leaving a large portion of the child-bearing age population unaware of their status unless they have sought out testing on their own.

In the US, sickle cell disease (SCD), an autosomal recessive, chronic blood disorder caused by the interactions of two genes, impacts nearly 100,000 people nationwide, while sickle cell trait (SCT), a condition in which a child inherits the sickle cell gene mutation from one parent, affects over three million people. While any race or ethnicity can have SCD or SCT, Black people in the US are disproportionately affected, with 1 in every 365 having SCD and 1 in every 12 having SCT.

The majority of people with SCT rarely show any symptoms, leaving many unaware that they have it or that they are at risk of passing it on to their children. Among those with SCT that do show symptoms, however, devastating health complications can occur, including pain crises, muscle breakdown, heart attack, stroke, glaucoma, and a rare, aggressive kidney cancer called renal medullary carcinoma.

Despite these concerns and the disproportionate impact of SCT on individuals living in the US compared to SCD, few interventions and organizations are dedicated to serving the SCT community. Now, a new School of Public Health project led by Jacey Greece, clinical associate professor of community health sciences, and alum Stacey Cunnington (SPH’22) aims to advance communication and education efforts around SCT in the US to better support both patients and providers.

The project centers around three main priority areas. The first is educating people at risk for SCT about the condition, the potential for them to be an SCT carrier, and the resources and testing options available to them. The second is educating healthcare providers about SCT, testing requirements, and the role they play in providing crucial care for SCT patients. And the third is creating communications and programming with consistent messaging to address SCT education and advocacy across the country.

Since the project began in August 2022, Greece and Cunnington have been working to better understand the landscape around SCT, who it impacts, and what is (and is not) being communicated about SCT in the field. A key aspect of these efforts has been meeting and engaging with stakeholders, donors, and organizations dedicated to SCT from across the country to better understand the need for clear and consistent messaging on this topic.

“These conversations have shown us that there is a huge need for support for the SCT community. They are ready and willing to get to work, but we are finding that there is just no centralizing force to bring them together,” says Greece, highlighting that the project is inadvertently acting as that central body at the moment. “Everyone we talk to is so passionate about this work. There really is a lot of will, and our job is to help them find a way.”

Throughout the next phase of the project, Greece and Cunnington hope to use the information they’ve gathered through their research and engagement with stakeholders to fulfill two key goals. The first is establishing a collaborative of stakeholders to ensure groups they have engaged with are able to continue to meet, set goals, and share resources in a formalized way. The second is developing messaging around SCT and testing dissemination methods to determine the best ways to reach their target population, whether that is offering a training on SCT for medical providers or developing an awareness campaign through Black community organizations.

Regardless of the dissemination method, Cunnington, the program and communication manager on the project, hopes to use the stories she has heard from stakeholders to enhance the messaging around SCT in the US.

“The numbers and statistics are important, but it is the stories and lived experiences of people that is going to motivate our audiences to take real action,” she says. “Storytelling is a critical piece of ensuring people know their SCT status, take the necessary precautions to avoid complications, advocate for quality healthcare, and understand how SCT affects certain decisions, such as reproductive choices.”

Support for the project comes from a donation from Scott McGregor and Laurie Girand (Parent MED’25, ’21, SPH’21). Girand is a community and social advocate who is passionate about addressing disparities in health. She has been working to advance communication efforts around SCT, and was previously a client in Greece’s course, Communications Strategies for Public Health, in Spring 2022. This project is the first fully-funded initiative to come out of that classroom collaboration.

“For too long, due to systemic inequities in public health education and scientific research, the government and medicine have promoted that carrying a single SCT gene is a benign state, which has resulted in widespread ignorance and unnecessarily delayed and missed diagnoses and treatments,” says Girand. “We are excited to partner with Dr. Greece and BU, with its wealth of experience serving marginalized populations, to empower SCT carriers to receive better care.”

For Greece, being able to see this project grow and evolve from a classroom assignment to a now funded, nation-wide endeavor has brought the mission of SPH and her role as a public health researcher and educator full circle.

“The funding that we have received has not only allowed us at SPH to take what we have done in the classroom and put it into the field, but it is allowing us to collaborate across the country with organizations who are directly benefitting from the resources that this project is giving them,” says Greece. “These organizations currently lack the collaborative body and effort to make a lot of their thoughts, hopes, and ideas reality. This funding is allowing us to help them do just that.”