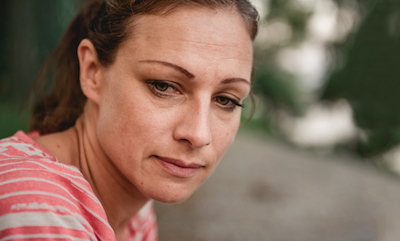 In an effort to combat stigma, many researchers and clinicians now use “person first” terms such as “person with opioid use disorder” instead of loaded labels like “addict.” But most of the research on the best language to use for this population has focused on the perspectives of treatment providers and the general public, and to a lesser extent on people in long-term recovery.

Now, the first study to ask people who use heroin what they want to be called, co-authored by a School of Public Health researcher, finds that language preferences in this population vary by context and who is speaking.

The study, published in the journal Addiction, found that people entering treatment for heroin use most often called themselves “addicts,” but preferred that clinicians or researchers say “person who uses drugs.” Nearly universally, they did not want to be referred to with slang terms such as “junkie,” and many expressed dislike for language suggesting misuse or dependence.

“In the end, researchers, clinicians, and families should not automatically use the same terms that people who use heroin call themselves, but instead should ask about preferences,” says senior study author Michael Stein, professor and chair of health law, policy & management. “Of course, most people just want to be called by their name.”

The researchers used data from 263 people who were undergoing in-patient evaluation and withdrawal symptom management at the Stanley Street Treatment and Resources program (SSTAR) in Fall River, Massachusetts.

The most-preferred label for others to call them was “person who uses drugs,” while the labels that the most participants never wanted to be called were “heroin misuser” and “heroin-dependent.”

“Persons who use heroin often complain about interactions with healthcare providers, due at least in part to the unfortunate language providers use—which is taken, sometimes rightly, as a sign of disrespect,” Stein says. “Such antagonism can’t be good for clinical outcomes.”

“We hope this research will inform future work centering on the perspectives of individuals who use drugs, and begin to establish connections between the language that individuals use to describe themselves and treatment engagement,” says the study’s lead author, Ekaterina Pivovarova, assistant professor of psychiatry at the University of Massachusetts Medical School and faculty in the Massachusetts Center of Excellence for Specialty Courts.

What to Call Someone Who Uses Heroin? Their Name