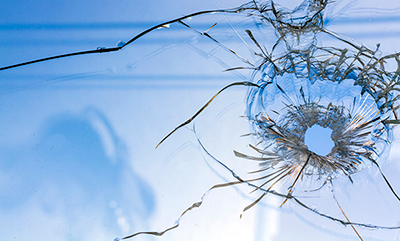 Non-fatal firearm injuries account for about 70 percent of all firearm trauma injuries in the United States, but the patterns of the severity of these injuries have been poorly understood.

Now, a new study led by a School of Public Health researcher, published in BMJ Trauma Surgery & Acute Care Open, has found an annual increase in severity of non-fatal firearm injuries needing hospital admission across the United States since the early 1990s.

This increase “reflects a move towards hospitalization of more serious injuries, and outpatient management of less serious injuries across the board, suggesting a mounting burden on the US healthcare system,” says lead author Bindu Kalesan,  assistant professor of community health sciences and assistant professor of medicine at the School of Medicine.

The study also found that, between 1998 and 2014, injuries among children showed a temporal increase in the trend compared to a consistent increase among adults. This indicates a potential for prolonged disability and loss of productivity in young people. The authors also suggested that the trend of increasing severity of hospitalized firearm injuries will lead to an increase in the healthcare system expenses.

“This increasing challenge is primarily driven by assaultive intent, particularly among young adults,” the authors wrote. “It seems likely that these shifts reflect a move towards hospitalization of more serious injuries, and outpatient management of less serious injuries across the board.”

Other SPH co-authors included Ziming Xuan, associate professor of community health sciences; Michael Siegel, professor of community health sciences; and Sandro Galea, dean and Robert A. Knox Professor. The other co-authors were Yi Zuo, lead biostatistician at the Center for Clinical Translational Epidemiology and Comparative Effectiveness Research at MED; Jeffrey Fagan, professor of epidemiology at the Columbia University Mailman School of Public Health; and Charles Branas, chair of the epidemiology department at the Mailman School.