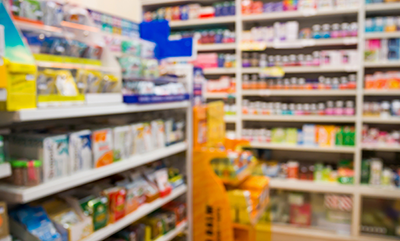 Nonsteroidal anti-inflammatory drugs (NSAIDs) such as Advil (ibuprofen), Aleve (naproxen), and Celebrex are among the most commonly used medicines in the US. These drugs can have serious side effects, including GI bleeding and sometimes heart attacks, and are often taken without medical oversight because many are available over the counter.

Now, a new study led by a School of Health researcher has found that 15 percent of adult ibuprofen users exceed the maximum recommended dose of ibuprofen or other NSAIDs in a one-week period. The study was published in Pharmacoepidemiology and Drug Safety.

“It is important to understand how many users exceed the maximum, how they do it, and what characteristics are associated with overuse,” says lead author David Kaufman, professor of epidemiology and director of the Slone Epidemiology Center. “This knowledge can help guide consumer interventions to promote safer use.”

Approximately 1,300 individuals who reported taking an ibuprofen medication in the preceding month completed a daily diary of their NSAID use for one week, and took ibuprofen during that time. The researchers then were able to compute their ingested daily dosage and compare it with the recommended daily maximum dose.

The researchers found that those who exceed the recommended dosage tended to have a combination of medical factors, such as chronic pain and poor physical state, attitudes conducive to ignoring the label recommendations, and poor knowledge of those recommendations.Exceeding the daily limit often followed taking too much of a single NSAID at one time, taking two different NSAIDs at the same time, or failing to wait long enough before taking another dose.

The authors suggest that attitudes and knowledge, along with specific dosing behavior and compliance with label directions, are potentially modifiable, which could lead to safer use of NSAIDs.

The study was a collaborative effort of Slone, Pinney Associates in Pittsburgh, and Appleseed Consumer Insight in Arlington, Massachusetts.

Nearly One Out of Five NSAID Users Exceed Daily Limit