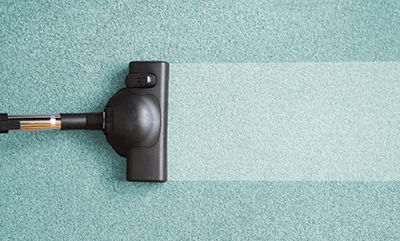 Compounds used in consumer products to repel oil, grease and water can become airborne and contribute to potentially harmful chemicals that accumulate in the body, according to a new study led by researchers from the BU School of Public Health and Simon Fraser University.

The study, in the journal Environmental Science & Technology, found that chemical precursors of perfluoroalkyl acids (PFAAs) in indoor air are associated with levels of the chemicals PFOA and PFOS in the blood of pregnant women.

PFOA and PFOS are concerning to human health because they accumulate in the body, are transferred to offspring during pregnancy and in breast milk, and are associated with a variety of adverse health effects. In epidemiological studies of pregnant women and their children, PFOA and PFOS have been associated with altered thyroid hormone levels, decreased average birth weight, immune system effects, and increased risks of hyperactivity. Most previous research has focused on exposure to these compounds via food or water.

The study was led Colleen Makey, a postdoctoral fellow in environmental health at SPH.

“While this is a preliminary study, we found that the precursor PFAA chemicals – which are found in a variety of everyday products – likely contribute to serum levels of PFOA and PFOS in our study population of pregnant women,” Makey said. “In previous studies, PFOA and PFOS have been associated with a variety of adverse health effects which may be particularly concerning during early development.”

Thomas Webster, professor of environmental health at SPH, said the research “increases the evidence that consumer products and the indoor environment—our homes and workplaces—are an important source of exposure to this group of chemicals. We need to pay attention to not just PFOA and PFOS, but their precursors and replacements.”

Co-author Glenys Webster, a postdoctoral scholar at Simon Fraser University, said PFAAs are found in nearly 100 percent of the general population, including in pregnant women and newborns. “Our study suggests that chemicals used in the home – such as those formerly used in carpet stain repellent products – likely contribute to the PFAA levels found in people,” she said.