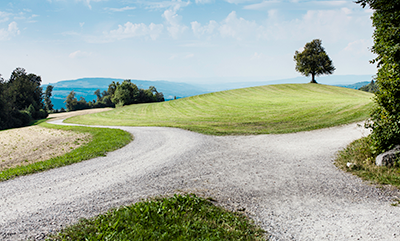 Two weeks before I began my MPH degree, I met with my advisor, Emeritus Professor Leonard Glantz. A mentor who was a seminal influence on my education, Professor Glantz gave me sage advice that guided me through my time at the School of Public Health: “Remember, you are here for an education, not a degree. Don’t just hang on.”

His advice allowed me to see past the checklist of credits necessary to graduate and onto the moral enterprise that is public health. Either you believe that everyone deserves to be healthiest they can be, or you don’t. Unlike most things in public health, there is no spectrum here. If you are reading this, odds are that you probably believe in the former. There is something about the world that doesn’t sit right with you. Maybe it’s mass incarceration, gun violence, abject poverty, the opioid crisis, global warming, exorbitant deductibles that are tantamount to having no health insurance, impingement on reproductive rights, transphobia, the recent hike in EpiPen prices … one could go on ad infinitum.

I learned very early on that while “public health” maybe interpreted as a nebulous term, it is also its greatest strength. The sheer versatility of public health allows us to understand that communities do not exist in a vacuum, which is why we have the Social-Ecological Model. (New students: Trust me, you will become very familiar with this model at SPH.) The model accounts for the multitude of social determinants that affect the way we live, and subsumed within is how healthy we are going to be. You may have the best of intentions in the world, but if you do not understand the community you are trying to serve, your interventions will be an exercise in futility. Take the opioid epidemic that is currently unfurling in the US. The crisis was born out of well-meaning physicians who took exception to the under treatment of pain in the US, and decided to prescribe opiates for non-cancerous conditions. The results are now in front of us. This is precisely the reason why a good public health intervention begins with a needs assessment and concludes with an assessment of its success. There are no quick fixes, there are no panaceas, and association does not imply causation.

An education in public health serves you well in developing innovative and evidence-based solutions to address the problems that plague our communities, states, countries, and world. Public health’s success as a profession can be attributed to our enthusiastic embrace of change and innovation to keep abreast of a changing world. Take, for instance, the advent of supervised injection facilities in the 1970s, which have been successful in combating overdose deaths and blood borne infections like HIV and Hepatitis C. These facilities provide injection drug users with a safe space to inject themselves with pre-obtained illicit drugs under the supervision of medical professionals.

A public health education teaches you about the etiology and epidemiology of infectious viruses like Ebola and Zika. But perhaps more importantly, it teaches you about the etiology and epidemiology of racism, sexism, oppression, and injustice. You learn very soon that there is nothing inevitable about these conditions and their adverse effects on an individual’s health. For instance, there is nothing inevitable about the recent spate of wrongful police shootings of African Americans. The trust deficit between the police and African American communities is reinforced by colorblind policies like former Mayor of New York City Michael Bloomberg’s “stop and frisk,” and the rightfully maligned War on Drugs with its mandatory minimums. Thankfully, “stop and frisk” was struck down as being unconstitutional by a federal court in 2014. Unfortunately, the War on Drugs rages on with devastating social consequences on black families.

Some might balk at my insinuation that we should do away with colorblind police policies. Shouldn’t we all be treated equally? In public health, however, we have higher aspirations than equality. Our cause is equity, because we realize that in an unequal society, treating everyone equally leads to very unequal consequences. Equity is about removing obstacles that prevent individuals from accessing social resources. For instance, what good is it to preach to Joe-the-Panhandler about the virtues of eating healthy, when the closest food store is three bus transfers away? Why would Joe spend time he could be working to make an expensive salad, when he can just go to the liquor store down the street?

To me, the greatest use of my public health education has been to recognize the insidious ways in which my own privilege works. Being a cisgender heterosexual male, odds are I will never be fired due to my sexual orientation, have my reproductive rights abridged, or be prevented from using the bathroom that matches my gender identity. Now, there is nothing wrong with having privilege—we all have our privileges in this life. What is wrong, however, is choosing to be blinded by our privilege. A good public health education, like the one SPH provides, will do away with your blinders.

And then you too will have a choice to make, because with knowledge comes responsibility.

Acknowledgements: I would like to acknowledge the contributions of Quinn Hirsch and Colbey Ricklefs to this viewpoint. Thank you both for your friendship and remarkable insights.

The Value of a Public Health Education