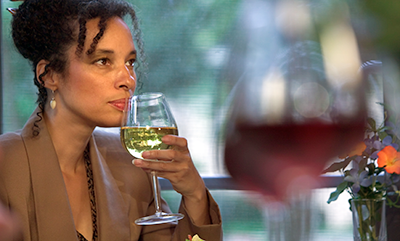 Moderate alcohol consumption does not affect a woman’s ability to get pregnant, but higher amounts might, according to a new study co-authored by School of Public Health researchers.

Working with researchers in Denmark, an SPH team studied 6,120 Danish women enrolled in an Internet-based study who were in stable relationships with male partners and who were trying to conceive. Participants were asked in detail about their overall alcohol consumption, as well as intake of specific types of alcoholic beverages, including beer, wine, and liquor.

The researchers followed the women over nine years and adjusted for a number of factors, including time and frequency of intercourse.

By the end of the study, 4,210 participants (69 percent) achieved a pregnancy.

The study, published by BMJ, found that women who drank fewer than 14 servings of alcohol a week (the equivalent of one to 13 four-ounce glasses of wine) were no less likely to conceive than those who abstained completely. Heavier drinking—the equivalent of two bottles of wine or more a week—was associated with an 18 percent decrease in fecundity.

The results come amid controversy, in the US and other countries, over official guidelines recommending that women trying to become pregnant should abstain from alcohol consumption. Earlier this year, the Centers for Disease Control and Prevention issued a report suggesting that women who intended to get pregnant or those who were at risk of pregnancy should not drink any alcohol, saying, “There is no safe time during pregnancy to drink. All types of alcohol are equally harmful, including all wines and beer. When a pregnant woman drinks alcohol, so does her baby.”

The new study’s findings “did not support an effect of alcohol consumption at more moderate levels,” the authors wrote. “We observed no appreciable differences in the associations of consumption of beer and wine with fecundability,” while there was a slight reduction in fertility among women who drank only hard liquor.

The researchers still recommended that couples abstain from alcohol during their “fertile window” until a pregnancy was ruled out, because the fetus may be particularly vulnerable to alcohol during the first few weeks after conception.

“While the advice to completely abstain from alcohol during pregnancy is well-justified, our results suggest that moderate drinking does not harm fertility,” said study co-author Elizabeth Hatch, a principal investigator on the Danish study and professor of epidemiology at SPH.

“Because all reproductive aged women are potentially at risk of pregnancy, the CDC’s recommendations seem a bit impractical, although clearly excessive drinking should be avoided,” she said.

The study did not collect information about the alcohol intake of male partners, which is known to affect sperm quality. And, while the sample size was large, only 1.2 percent of women reported drinking more than 14 servings of alcohol a week, so estimates for high levels of consumption may be imprecise, the authors cautioned.

The study was supported by funding from the National Institute of Child Health and Human Development and the Danish Medical Research Council.

In a related editorial, Annie Britton from University College London said the results offer “some reassurances” to couples trying to get pregnant, suggesting that “total abstinence may not be necessary to maximize conception rates.

Moderate Drinking Does Not Affect Fertility