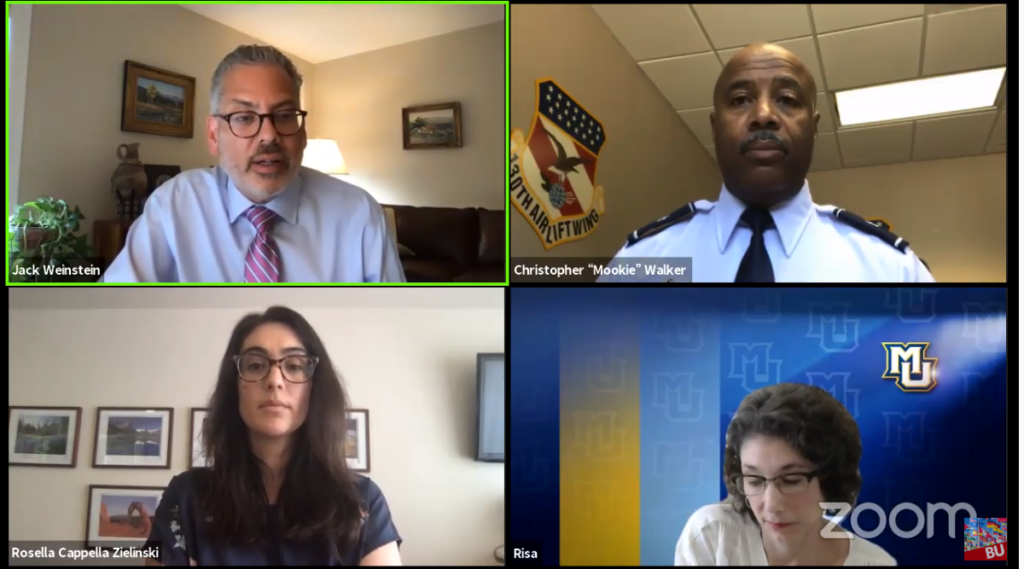 The Frederick S. Pardee School of Global Studies at Boston University hosted a special summer edition of its Beyond the Headlines @BUPardeeSchool, or BtH, series on Wednesday July 1, 2020. During this session, panelists discussed civil-military relations and the politicization of the U.S. military.

Panelists explored ways to improve diversity in military leadership, the role social movements like Black Lives Matter can play in the promoting military inclusion, the importance of maintaining a non-partisan military ethos, as well as public confidence in the military. With two scholars and two military personnel – one currently serving and one retired – the panel brought a diverse set of perspectives on how to improve interaction between military and civilian populations as well as the role both play in reinforcing an inclusive military that encourages crucial conversation.

A recording of the session can be viewed on the Pardee School’s Youtube channel or below.

Beyond the Headlines is a regular series at the Frederick S. Pardee School of Global Studies which seeks to cultivate informed conversations among experts and practitioners on issues that are currently in the news headlines, but to do so with a focus on intellectual analysis and on longer-range trends. Recent Beyond the Headlines discussions have focused on topics including Brexit, International Women’s Day, Russia-U.S. relations, and the crisis in Kashmir.