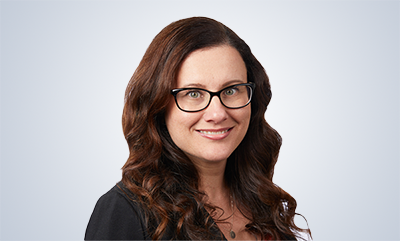 Jaimie Gradus, associate professor of epidemiology, has been awarded a grant of $2.3 million over four years from the National Institute of Mental Health to explore possible medications for post-traumatic stress disorder (PTSD).

Gradus will use clinical data from the US Department of Veterans Affairs to search for medications that already exist for other conditions and are effective in reducing the symptoms of PTSD.

“There are currently no great medication options for treating PTSD,” says Gradus, who is also an associate professor of psychiatry at the School of Medicine. “People often get SSRIs, but they are associated with remission in fewer than half of the people who take them for PTSD. No new drugs have been approved by the FDA for the treatment of PTSD in almost two decades.”

Gradus will co-lead the project with Brian Shiner, a VA psychiatrist and associate professor of psychiatry at the Geisel School of Medicine at Dartmouth. Their team for the project includes researchers from SPH, Dartmouth, the VA, and Brigham and Women’s Hospital.

“Our hope is that, by beginning the process of identifying new, effective pharmacologic treatments for PTSD, we can ameliorate some of the negative effects of this increasingly common disorder, and ultimately provide additional safe and effective treatment options for persons with PTSD,” Gradus says.

There is 1 comment on Professor Receives $2.3 Million to Explore Medications for PTSD