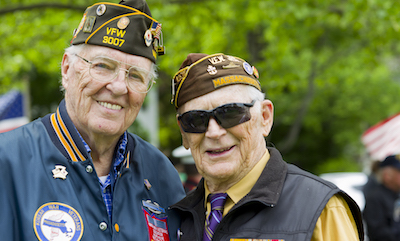 The Veterans Health Administration (VHA)’s Veteran-Directed Care (VDC) program provides monthly budgets and counseling to veterans who need significant assistance with daily living, allowing them to hire personal care workers or family and friends as paid caregivers to help them continue living at home. The VDC program launched in 2009, and has proven very popular with veterans and their family caregivers, but is not yet operational nationwide.

Now, a study led by researchers from the School of Public Health and the Veterans Affairs Boston Healthcare System shows that the program is at least as effective as other veteran purchased-care programs.

The study, published in the June issue of Health Affairs, shows that, although the average VDC participant has more complex health burdens than veterans in other purchased-care programs, enrollees in both groups had similar hospitalization and cost trajectories.

“Given the popularity of this program, and our findings that enrollees have similar outcomes as enrollees in other programs, further expansion of Veteran-Directed Care may be justified,” says Melissa Garrido, research associate professor of health law, policy & management at SPH and associate director of the Partnered Evidence-Based Policy Resource Center (PEPReC) at the VA Boston Healthcare System.

They found that VDC enrollees were slightly younger than the other veterans on average, but that they also had more physical limitations.

However, when the researchers controlled for demographics, levels of care needed, duration of care, the biases of the data, and other factors, they found that changes in hospitalizations and costs were similar among VDC and other purchased care service enrollees.