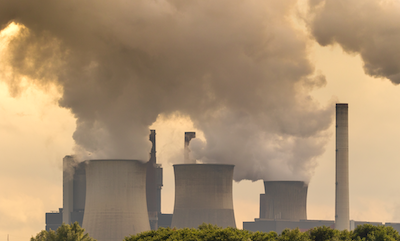 In August 2018, the Environmental Protection Agency (EPA) released its proposed Affordable Clean Energy (ACE) rule as a replacement for the Obama-era Clean Power Plan (CPP). But a new analysis, co-authored by a School of Public Health researcher, finds that the proposed rule would actually increase emissions by causing an “emissions rebound” not included in the EPA’s own analysis.

The study, published in Environmental Research Letters, finds that, by focusing on making coal-fired power plants more efficient, the ACE would cause those plants to run more often or for longer periods, ultimately increasing greenhouse gas emissions in 18 states and the District of Columbia.

“The proposed Affordable Clean Energy rule will not only make it more difficult for us to address climate change, it will harm the health of people in many states across the country by worsening air quality,” says study co-author Jonathan Levy, professor and chair of environmental health.

“It is actually worse than doing nothing in many states,” he says. “We need to advance policies that put the health and well-being of the American people first.”

The CPP is a “system-based” standard, setting state-level goals for lower total emissions and offering a range of strategies to achieve these reductions. In contrast, the ACE is “a narrow ‘source-based’ standard,” the authors write, which would only focus on making individual coal-fired power plants burn less coal to produce more energy. Previous research by the EPA has shown that policies like this create an “emissions rebound,” where it becomes more lucrative for power plants to operate for more hours of the day and for years longer than they would have without these efficiency improvements, undercutting emission reductions or even ultimately producing more emissions.

Levy and his colleagues analyzed data published by the EPA about the ACE, including its model of emissions in 2030 under the ACE, the CPP, and a scenario with no power plant carbon standard at all. The EPA’s analysis included projections of national emissions outcomes, but did not examine or quantify the role that a potential emissions rebound would have in national or state emissions outcomes. For the new study, the researchers applied this understanding of the emission rebound effect to the EPA’s comparative model.

Compared to the CPP, they found that national CO2 emissions would be 3.5 percent higher by 2030 under the ACE.

Compared to no policy, CO2 emissions from the power sector would increase by up to 8.7 percent in 18 states and the District of Columbia by 2030 under the ACE. This is because the ACE would increase carbon dioxide (CO2) emissions at 28 percent of all coal-fired power plants in 2030. These increases are a threat to the emission-reduction goals of many of the states that would see higher emissions, the authors write.

Beyond CO2’s effect on global climate change, these higher CO2, SO2, and NOx emissions would cause significant harm to public health through worsened air quality, the authors write. They note that the EPA’s own analysis of the ACE estimates that, compared to the CPP, it would result in approximately 1,000 additional premature deaths per year, along with more than 40,000 lost work days due to illness and other effects on those with asthma, cardiovascular disease, and other vulnerabilities.

Here in Massachusetts, the researchers estimated that CO2 emissions in 2030 would be 73,000 short tons more under the ACE than if there were no policy. The state would also see 9,000 more short tons of NOx emissions.

Under the Clean Air Act, the EPA is required to identify the “best system of emission reduction.” The authors write that the results of their study raise doubts about whether the EPA can legally put forward the ACE as the “best system.”