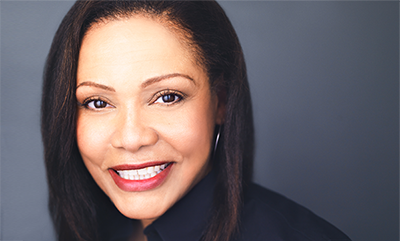 In 1947, Chester “Chet” Pierce broke racial barriers when he became the first African American to play in a college football game against an all-white university team in a former Confederate state. A member of the Harvard University Crimson football team, he competed against the University of Virginia, ending the widely accepted “gentleman’s agreement” in collegiate football, in which racially integrated teams would leave behind their black players during visiting games against non-integrated teams in the South, and the opposing team would bench players of equal talent.

Geared toward children ages 6 to 9, the picture book takes young readers along Pierce’s historic journey on the football field, including the racism and other challenges that he encountered and overcame along the way.

On Monday, October 7, Respress-Churchwell will visit the School of Public Health for the Dean’s Seminar “Follow Chester!: Exploring Microaggressions, Civility, and Allies in Children’s Books and Beyond,” during which she will use the book as a guide to how to discuss difficult topics, such as race, with children.

“The story has a great message to share with children,” says Respress-Churchwell, who is also an award-winning documentary producer, and researched and interviewed Pierce for her book. “It shows that when you have courage and you stand together as allies in an experience, you can go a long way in making a difference.”

Ahead of the event, Respress-Churchwell spoke about her inspiration for writing Follow Chester! and how the visual elements of a picture book can serve as a starting point for adults to discuss uncomfortable or complex themes with children.

What inspired you to write this historical fiction book for children?

My inspiration came from learning more about Dr. Pierce after moving to Boston in 2013. I heard friends of Dr. Pierce’s talking about him and his story, which I found intriguing. As a writer wanting to know more, I researched Dr. Pierce. The more I uncovered, the more I discovered parts of his life that were interesting to me, both as a writer and as a mother of four children [including alum Katherine Churchwell (SPH’18)]. He had several components to his life that could inspire kids in multiple ways. He was a world-renowned psychiatrist, an expert consultant who helped in the initial planning of Sesame Street, and his historic first in football. There aren’t many children’s stories with protagonists who are people of color, and there aren’t a lot of male protagonists of color. It’s also a story that young girls can enjoy, especially since there are female football players today. Chester made history, but he did it with the support of his teammates, and that’s also an important message to share with children.

The story also teaches children not to put people in boxes. Sometimes we think, “Oh, he’s an athlete, so he doesn’t have a brain,” but Dr. Chester Pierce was a well-rounded individual who succeeded both in his academics and in sports, all while making a difference. When I spoke with his granddaughter, she said that he would treat every person with respect. If we could have more of that positivity today, we’d be better off as a society.

Follow Chester! is a picture book, but it discusses heavy topics that may be uncomfortable for children to talk about at first. Can you describe how your style addresses significant issues to a younger audience?

A lot of people think picture books are just cute stories, but they actually take a lot of time to create. There is limited space so every word and illustration is carefully thought out and placed in the book for a reason. I try to use all my words in each scenario to get my point across.

For example, sometimes people associate families of color with a single mom raising a child. There’s nothing wrong with that situation, but in Chester’s case, both his mother and father were very influential in his life.  His father died before he began college. Since the story revolves around his college years, I wanted to make sure that the story was told in a way that makes it clear that his father was a part of his life. In the book, when Chester is talking to his mom for encouragement before the historic UVA game, his mother says, “If your dad were still alive, he would want you to stare down all adversity with courage.” I included that line so that kids would know that Chester’s father played a prominent role in his life, and also so that they could be encouraged to face their own challenges. It was important for me to get these messages across.

There are also other components to Follow Chester! beyond the book.

There are multiple platforms to Follow Chester!. There is also an audiobook, narrated by award-winning actor Ron Butler, that amplifies the story.

Music also complements the story and extends the educational experience, connecting students no matter their reading levels and serving as an organic equalizer in the classroom. A CD will debut on Audible in November, and a scripted musical podcast is currently available, featuring the lyrics and voice of my adult child and LA actor, Alexandria Churchwell, and production by Nashville composer Bryard Huggins. It follows a third-grade girl who uses Dr. Pierce’s story as motivation when she encounters bias from others for her desire to play football.

The book also introduces the term “microaggression,” which Pierce coined himself.

Yes, that term appears in the book to describe how he encountered discrimination during his years as a football player. “Microaggression” is a word that most children are not familiar with, but it’s really important that they learn it, because that enables them to identify and put verbiage to what they may be experiencing in their own lives or a friend’s life. It empowers them to call out a situation that they know is wrong and address it—and that’s really powerful. When I visit schools throughout the country, I encourage students to share their interpretations of issues explored in the book. It helps to open up dialogue about challenges that are addressed in the story and possibly in their own lives, and that’s what I will talk more about [at SPH] in October.