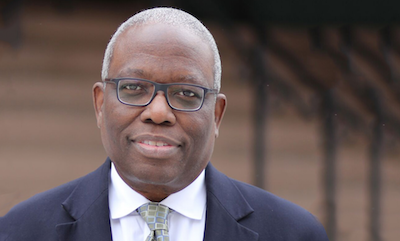 April 12 is now Harold Cox Day in the City of Boston.

Cox, associate dean for public health practice, director of the Activist Lab, and associate professor of community health sciences, was honored by Mayor Marty Walsh with the declaration of a holiday recognizing his contributions to public health in Greater Boston.

The declaration comes as Cox concludes his tenure as a board member of the Boston Public Health Commission.

The mayor’s proclamation also cites his strong support of tobacco control regulations that have made “Boston a national leader in preventing youth tobacco use and exposure,” and his service at SPH.

“Dean Harold Cox has long been a leader in public health practice,” says Dean Sandro Galea. “His commitment to creating healthy populations is unparalleled. We are honored to have Dean Cox leading our Activist Lab and celebrate Harold Cox day with him!”

There are 5 comments on April 12 Declared Harold Cox Day