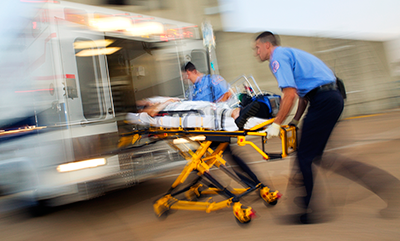 Workers who are injured on the job badly enough to qualify for “lost-time” benefits are at increased risk of premature death, according to a new study led by a School of Public Health researcher.

The study, published online in the American Journal of Industrial Medicine, found that workers who suffer lost-time injuries—defined as those that require more than seven days off from work or that result in permanent disability—have an elevated mortality risk. The research team linked non-fatal injury cases in New Mexico’s workers’ compensation system with Social Security data on earnings and mortality.

The study found that, by the end of 20 years, 15.1 percent of men who had “lost-time” injuries had died, compared to 10.6 of male workers who received “medical only” benefits (for injuries that required seven or fewer days off and entailed no permanent disability). Similarly, among women, 11 percent of those who had lost-time injuries died, compared to 7 percent of women with medical-only injuries.

Past research has found that serious workplace injuries cause substantial lost earnings and medical costs, as well as disruptions in family life, depression, and anxiety.

“This study adds another potential impact: a decline in a worker’s lifespan,” Boden said. “Beyond financial and family consequences, we have identified a further reason to focus on preventing work-related injuries.”

Boden and co-authors said the mortality risks from lost-time injuries are greater than those found in studies of a 10-mm increase in systolic blood pressure in hypertensive individuals.

“This suggests that the resources devoted to research on, and prevention of, workplace injuries and illnesses should at least match those devoted to hypertension,” the research team wrote.

The researchers acknowledged that because the study was conducted in only one US state, further study is needed of the impact of non-fatal injuries on mortality. The ultimate goal of this line of research is to “determine the contribution of specific work hazards to mortality,” in order to reduce or eliminate those dangers, they said.

Co-authors on the study include: Yorghos Tripodis, research associate professor of biostatistics; Paul O’Leary, of the US Social Security Administration, Office of Retirement and Disability Policy; and Katie Applebaum of the Milken Institute School of Public Health, George Washington University.

The study was funded by the National Institute for Occupational Safety and Health.