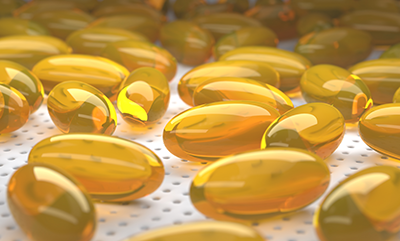 Addressing gaps in vitamin A sufficiency around the world and redirecting attention to regions struggling to make progress is critical to eliminating ongoing vitamin deficiency, two School of Public Health researchers write in The Lancet Global Health.

In a commentary accompanying a new study on vitamin A deficiency, David Hamer and Gerald Keusch, professors of global health and medicine, write that a recognition of the association between vitamin A deficiency and health problems, including reduced resistance to infections, especially diarrhea and measles, and increased mortality in children younger than 5 years has “driven the scale-up of vitamin A supplementation programs as preventative public health measures around the world.”

But they note that these programs have not been as efficient in east or southern Africa or south Asia as in other regions.

“Lagging coverage and continued evidence of vitamin A deficiency is the basis for the suggestion by (researcher Gretchen Stevens) and colleagues that future efforts refocus on these regions,” they write. “This suggestion makes sense if we are confident that progress elsewhere would not be compromised as a result.”

Hamer and Keusch say that initiating vitamin A supplementation programs where they do not exist and strengthening existing programs is an important first step. But they note that high-dose supplementation only provides protection from hyporetinolaemia (an abnormally low level of retinol) for two to three months in children younger than 5 years, and does not favorably shift the distribution of serum retinol for more than two months, indicating that it is not sufficient to prevent vitamin A deficiency.

“Improvement of dietary intake of foods rich in vitamin A (e.g. animal products) or beta-carotene is a more sustainable solution,” they write, “but high cost, access, and cultural dietary practices have restricted its potential to alleviate vitamin A deficiency.”

They push for more research into “sustainable dietary solutions,” including the fortification of centrally processed foods, development of genetically modified crops high in vitamin A, and addition of vitamin A sprinkles to food in the home and schools.

There is 1 comment on Vitamin A Deficiency: Slow Progress Towards Elimination