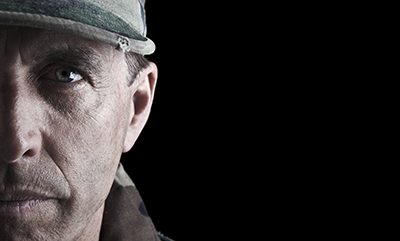 With the US veteran population aging at a rapid rate, there has been increasing evidence that veterans experience combat-related distress and more frequent wartime reminiscences and memories as they age.

In a new article, a team of researchers from the VA Boston Healthcare System, including School of Public Health epidemiology research professor Avron Spiro, posit that recognizing when older veterans are “re-engaged” with their wartime experiences represents an opportunity to counsel and assist them in order to “maximize healthy aging.”

In the report, published in The Gerontologist, the authors say that many aging combat veterans may confront and adaptively rework their wartime memories “in an effort to find meaning and build coherence.

“Through reminiscence, life review, and wrestling with issues such as integrity versus despair, they intentionally reengage with experiences they avoided or managed successfully earlier in life, perhaps without resolution or integration,” the authors wrote. If successfully resolved, such a process may help veterans to age in a healthy way, they noted.

The authors said they are working on validating a brief screening measure that could help to detect so-called “later-adulthood trauma reengagement,” in hopes that such a tool could be used in clinical settings, such as primary care visits, to steer veterans to assistance.

“As successive cohorts of the veteran population age, it will be essential to understand the variety of ways in which military experience manifests in late life, and ways in which aging processes interact with prior combat exposure and military service,” the authors said.

Spiro’s work was supported by a Senior Research Career Scientist award from the US Department of Veteran Affairs and by a grant from the National Institute on Aging.