I start today by noting the marches for science this weekend throughout the country. I have written recently about the role that public health has played historically in working to shape social, economic, and cultural conditions, and how this work is inextricable from the production of good science and its communication to those who can make change happen at the local, national, and global level. This weekend’s civic engagement around the important of science, in the face of ill political winds, is a heartening reminder of the importance of science to a robust, progressive society, and our role in protecting and advancing the interests of science.

Now, on to today’s note. In recent years, the label of public health crisis has been applied in our national conversation to circumstances as diverse as the threat of Zika and the complex issue of pornography. But are these issues truly crises? The label is often applied to scenarios that are immediate, frightening, and that seemingly pose a substantial risk to well-being.

But does this definition really speak to what matters most to population health?

In a 2004 paper, J. Michael McGinnis and William Foege argue that we should differentiate between “the immediate and the important.” I have always found this argument persuasive. “The immediate” represents the concerns of the moment, animating the public debate without necessarily reflecting the root causes of disease. “The important” reflects the problems that spring from the fundamental social, economic, and environmental determinants of health. Time and again we have seen how easy it can be to confuse the immediate with the important, particularly when grappling with something we perceive as a “crisis.” 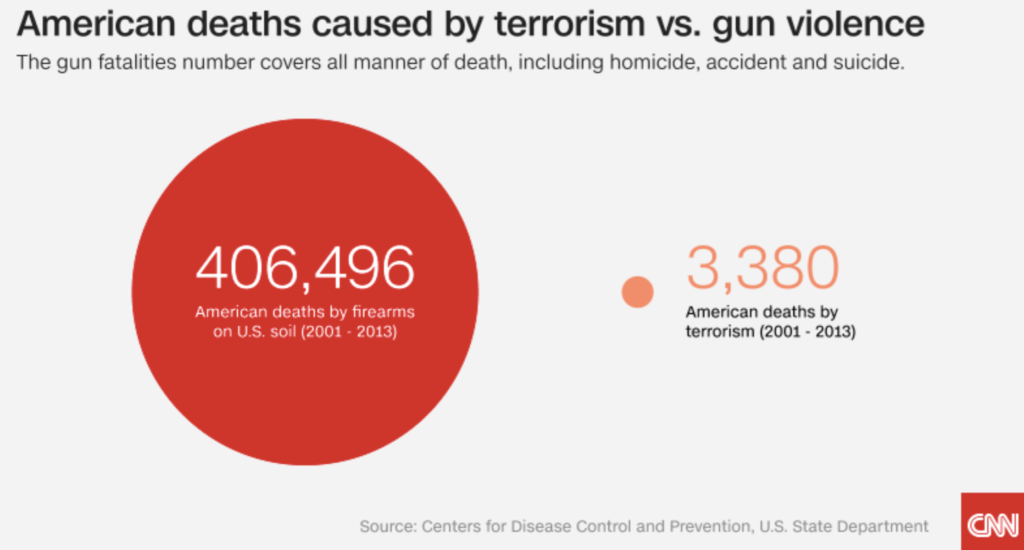 What, then, is a public health crisis? Part of the challenge in considering what is a crisis is that there is no epidemiologic definition of “crisis,” in contrast with notions of epidemic or pandemic, or even “emergency,” for which there are indeed accepted definitions. The notion of “crisis” therefore creates a definitional vacuum, creating an opportunity for events to be casually labeled a “crisis” in the public conversation. This is not cost-free. Applying the “crisis” label suggests that we need it to mean something—to carry weight. Over time, this is less likely to be the case if we allow the term to characterize situations that do not meet the criteria for a true crisis. A reflection, then, on better defining a crisis, so that we may more effectively tackle the problems that matter most to the health of populations.

I start by way of another illustration. The contrast between the immediate and the important, and how we sometimes confuse the two in labeling a public health crisis, was well illustrated by the example of Zika. The WHO declared Zika “a public health emergency of international concern,” and fears of a crisis informed much of the response to the disease, with some even calling for the Rio Olympics to be postponed due to the perceived threat. But were such calls warranted? While there is much we still do not know about Zika, the threat of the disease, while undeniably significant for those affected, has been comparatively limited overall. Between January 2015 and March 2017, there were 5,139 Zika cases reported in the US—not a negligible amount, but a drop in the ocean compared to other health challenges. Consider, by way of contrast, childhood obesity. In the US, childhood obesity affected about 12.7 million children and adolescents between 2011 and 2014—17 percent—contributing to a broader obesity burden that costs the country between $147 billion and $210 billion per year in healthcare spending. Obesity is associated with diabetes, heart disease, and infant mortality, among other conditions. Yet it has never generated the same crisis-level of concern inspired by Zika.

Why do we call something a crisis? Why do threats like Zika prompt a degree of public concern that threats like childhood obesity do not? While it is often the scale of harm an event may cause that triggers such labeling, this is clearly not the only reason we label something a crisis, or else an issue like obesity would sound a much louder alarm. I suggest that our concept of crisis is, in fact, shaped by three key factors: politics, perceived risk, and which groups are most affected by the threat.

Zika is an example of how politics can shape our perception of a crisis. Due to criticism over its handling of Ebola, the WHO was not in a position to appear disengaged on Zika. This pressure informed its messaging, as a similar tone was struck by some in government, the media, and public health.

Politics feeds into our perception of risk, which, in turn, contributes to what we view as a crisis. In his book, Getting Risk Right: Understanding the Science of Elusive Health Risks, Geoffrey Kabat writes that public health science “is embedded in a society that is highly attuned to the latest potential threat or breakthrough.” In such a society, our perception of risk is often linked to factors that are external to the painstaking, frequently incremental work of verifying the scope and causes of health risks. These factors range from political pressures, to a media culture that often prioritizes the moment-to-moment flow of news and events over reporting the broader context in which scientific developments unfold. Kabat also points out that “certain types of risks have much more salience for the public than others,” with threats that seem under our individual control—like weight gain—perceived as less alarming than threats that seem less so, such as trace amounts of chemicals in food, or the bite of a mosquito.

Third, and perhaps most disturbingly, the demographics of a given health threat—factors like race and economic status—can play a role in whether or not that threat receives the “crisis” label. One could look to the opioid epidemic for an example. The recent acknowledgement of the rise in white deaths has prompted a much more widespread acknowledgement of the epidemic than when it affected predominantly black communities. There are, of course, many reasons for this shift—including the efforts of public health in recent years to change the terms of the conversation about addiction. But similar examples abound. We did not, for example, pay much attention to the recent outbreak of yellow fever in Angola—unlikely as it was to hit the US—especially compared with our attention to other diseases that we perceive as threatening to this country.

Climate change is perhaps one of the clearest examples of such a crisis. The overwhelming scientific consensus is that climate change is real, that it is caused by human activity, that it has already begun to undermine the health of populations in ways big and small, and that it is accelerating. This acceleration means that, as devastating as climate change currently is, its effects will only intensify in the long-term, harming ever-larger numbers of people. This crisis clearly agitates for innovative solutions from many sectors, including government and industry. Calling climate change a public health crisis can help to catalyze these solutions, and to bring attention to an urgent, generation-defining issue. There are many other problems associated with climate change that justify the “crisis” label, undermining the health of populations at a systemic level. These challenges, while perhaps not as acutely frightening as Ebola or mosquito-borne illness, nevertheless stand to do far more damage than these diseases, posing long-term risks to the health of populations.

As our School engages more with the broader public conversation about the conditions that create healthy populations, a concern with the important—with the crises that indeed affect large numbers of people, threaten health over the long-term, and require the adoption of large-scale solutions—has colored our focus. Returning to the example of gun violence, we have been at the forefront of articulating the clear danger it poses to the health of populations, expressing the scale of this crisis as we push for solutions. This seems to me in line with our aspiration to maintain clarity of focus on the important, moving beyond the fog of the urgent.

Acknowledgement: I am grateful to Professor Emily Rothman, whose thinking helped inspire this piece and whose comments made this piece much better, and to Eric DelGizzo for his many contributions to this Dean’s Note.