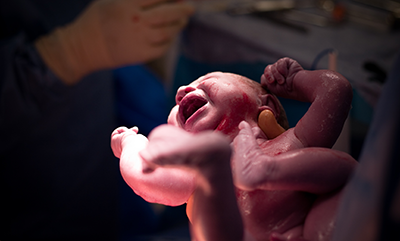 After years of sharp increases that were termed “inevitable,” births by cesarean section have plateaued in industrialized countries in recent years. However, rates in many countries remain high, according to a paper led by School of Public Health researchers.

The report, led by Eugene Declercq, professor of community health sciences, shows seven countries had cesarean rates over 30 percent in 2013: Australia, Germany, Italy, Portugal, the Slovak Republic, Switzerland, and the US. Of those countries, Italy and Portugal saw a decline from 2008, while the others reported small or no increase in cesareans.

“Cesarean rates in industrialized countries have generally plateaued, but at rates that are higher than recommended by WHO (the World Health Organization),” the study says.

The WHO recommends an average of no more than 10 to 15 percent of births by C-section for optimal maternal and neonatal outcomes. The cesarean rate in the US topped 32 percent in 2013—higher than the recommendation, but lower than other countries in the study, such as Italy (36 percent). Several countries not included in the study because of their lower income levels reported much higher cesarean rates, including Brazil (56 percent), Chile (50 percent), Turkey (48 percent), and Mexico (47 percent).

Declercq said that leading industrialized countries “have slowed or reversed trends of increasing cesarean rates by fostering policies encouraging that cesareans be done only in response to a medical indication. It’s a lesson that will hopefully be adopted by those countries still experiencing rapid increases in their cesarean rates.”

Co-authors on the paper were Howard Cabral, professor of biostatistics, and Jeffrey Ecker of Massachusetts General Hospital.