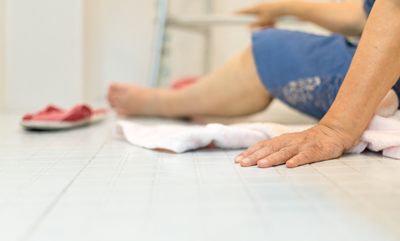 Fragility fractures—those that result from a fall at standing height or less—are a significant source of sickness and death among the elderly in the US and are associated with annual direct costs of more than $16 billion.

Now, a new study co-authored by a School of Public Health researcher suggests that better management of certain high-risk drugs may help to reduce the incidence of secondary fractures.

The study, published online by JAMA Internal Medicine, analyzed data from a sample of 168,133 Medicare beneficiaries (84 percent of them women, with an average age of 80) who suffered a fracture of the hip, shoulder, or wrist.

The study team—led by researchers from The Dartmouth Institute for Health Policy and Clinical Practice, and co-authored by Christine McDonough, SPH research assistant professor of health law, policy and management—looked at the association between prescription drugs and fracture risk among older adults who had already experienced a first fragility fracture. Previous research has shown that not only are such patients at a significantly increased risk of experiencing a second fracture, but that the risk is greatest in the first six months after the first injury.

The study found that more than three-quarters of patients were exposed to at least one non-opiate drug associated with an increased fracture risk in the four months before their fractures. Only about 7 percent of patients discontinued those drugs after their fractures. That decrease was offset by new users, so that the total proportion exposed to high-risk drugs did not change.

The findings suggest that some secondary fragility fractures could be prevented through better management of medications, the authors said.

They called for additional studies to determine the possible benefits of modifying post-fracture drug exposure among elderly patients at risk.