The Case for Conscientious Provision 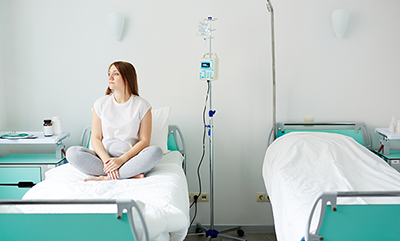 It took half a day to admit one of my patients—I’ll call her Brenda. There was no bed shortage in the Los Angeles hospital. There were plenty of nurses who could have cared for her. I had admitting privileges. Brenda was already in the hospital, sitting in the adjoining clinic with her husband and their 3-year-old daughter. But there was still a problem: While there were plenty of nurses, not one was volunteering to take care of her. Because this patient of mine was an abortion patient.

In January, the Trump administration announced new protections for healthcare providers who choose not to provide care based on moral or religious grounds. This reversed protections placed by the Obama administration that protected vulnerable populations like transgender patients and those seeking abortion. While there is a case to be made for healthcare professionals not to provide care they feel is controversial or unsafe, the ability to refuse care based on moral or religious preferences will create barriers to patients accessing care they need.

Take Brenda’s case. Brenda and her husband were trying for years to get pregnant to give their daughter a younger brother or sister. During her prenatal care, Brenda learned that the fetus had not developed kidneys and would not survive outside of the womb for more than a few hours. She decided that the best thing to do for that baby was to end the pregnancy before the baby would suffer. Brenda was being admitted to the hospital to undergo an induction of labor prior to viability so that she could hold her baby but not have to worry about the baby suffering. The procedure Brenda sought is legal, safe, and routine. Yet all of the nurses who were there that day refused to take care of her. And thanks to Trump, they now absolutely have the right to do this.

Abortion opponents usually talk about their position in terms of “conscientious objection,” which implies that people are objecting because of a “good conscience.” That translates to an assumption that providing abortion care is morally subject. I could not disagree more. For myself as an OB-GYN, there is nothing more rewarding than caring for abortion patients. I feel honored to take care of women at such a vulnerable time in their life and want nothing more than to provide abortion services in my practice.

Some in my profession are starting to counter conscientious objection with “conscientious provision”—the belief that we are compelled to provide this care. As Dr. Willie Parker (a famous abortion provider in the South) describes in his book Life’s Work: A Moral Argument for Choice, “It was appropriate, even ethical, for me to provide [abortion] care.… It would be inappropriate, even cowardly, for me to be contented to sit by as other people did the work.” Another abortion provider, Dr. Lisa Harris, has also commented on this phenomenon in a NEJM article, saying that “the persistent failure to recognize abortion provision as ‘conscientious’ has resulted in laws that do not protect caregivers who are compelled by conscience to provide abortion services, contributes to the ongoing stigmatization of abortion providers, and leaves theoretical and practical blind spots in bioethics with respect to positive claims of conscience—that is, conscience-based claims for offering care, rather than for refusing to provide it.” Women deserve access to quality, safe care. Why is it objectionable to want to provide that—to take pride in being able to care for women that few are willing or able to help?

However, when we say that it is “conscionable” to protect providers if they refuse care based on moral or religious reasons, patient care suffers. It may not always be notable at some places—patients may end up getting the care they need, albeit delayed as coverage is found. But when people need surgery or treatments to save their lives, seconds count. Nor is it clear how far this goes. Should a doctor who does not believe in blood transfusions be in charge of a patient who is bleeding to death? If you were that patient dying, do you have any defense to protect yourself against a doctor or a nurse who disagrees morally with your care, even if it is what you need medically? The Trump administration, instead of helping people access care, is putting up even more barriers to access, which will affect lives. It is difficult to reconcile this with any definition of conscientious care.

I made multiple calls that day trying to find someone that would take care of Brenda. After hours of conversations and favors, we determined an arrangement amongst the nurses, and she was admitted. She underwent her labor, delivered, and was able to hold her baby. I asked Brenda the next day about her experience after it was over, and the first word she said was that she was “grateful”—the experience allowed her and her family to grieve while still making the right choice for her pregnancy. She knew nothing about the drama behind closed doors, and I am thankful for that. But no one should have to fight to get care—our collective professional conscience should not allow it.