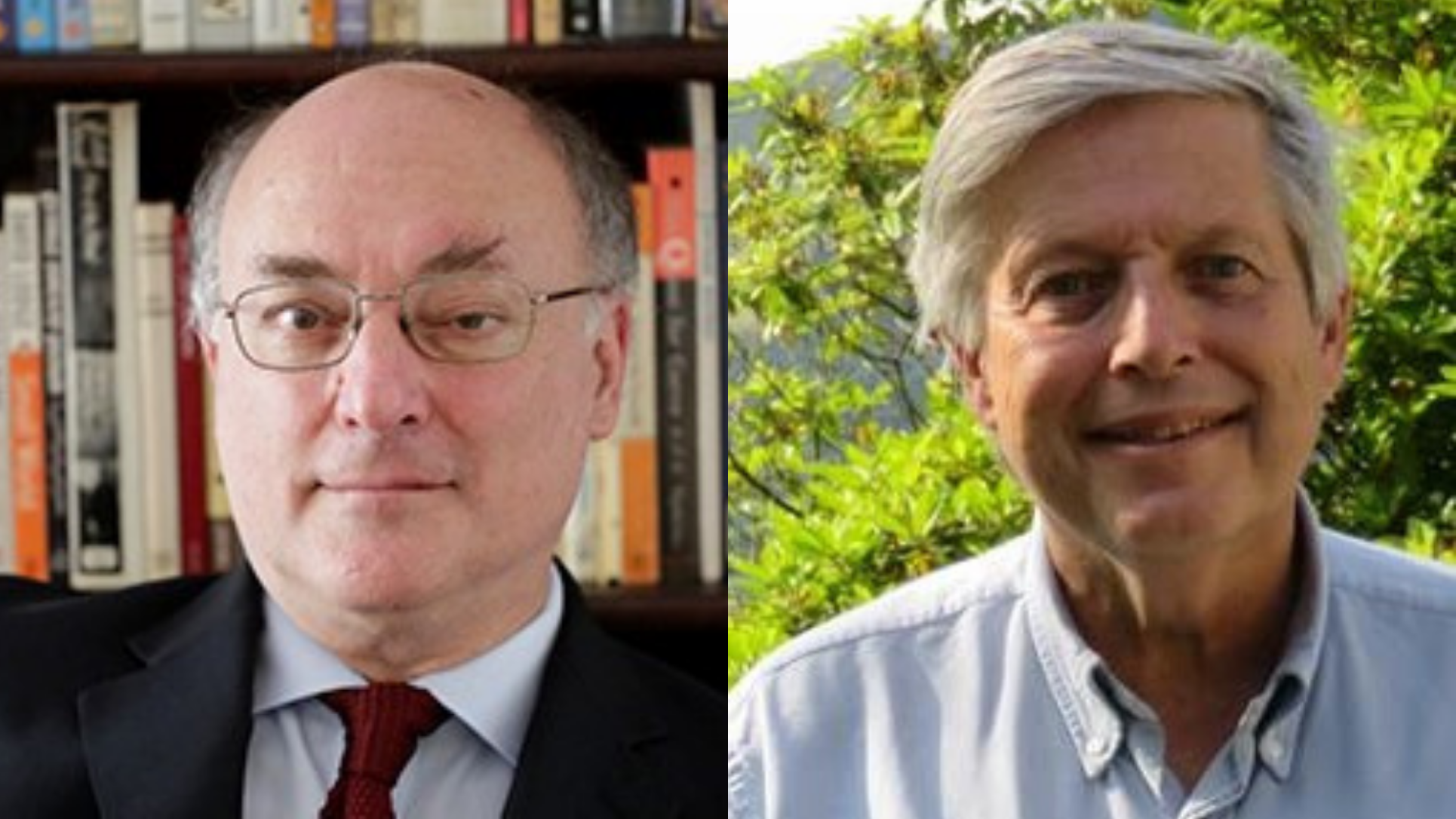 Dean Adil Najam thanked Chehabi and Goldstein for the pivotal and formative roles they played in the development of the Pardee School and conferred on them the status of Professor Emeritus at the Pardee School. Najam also presented both professors with a commemorative gift on behalf of the School.

A tribute to Chehabi was read at the ceremony by Noora Lori, Assistant Professor of International Relations at the Pardee School.

“Throughout his distinguished career, Professor Houchang Chehabi has cultivated an interdisciplinary approach to scholarship and teaching that exemplifies the mission of the Pardee School,” said Lori. “A leading expert of Iranian Studies, he has held joint appointments in International Relations and History at Boston University since 1998. We celebrate Houchang Chehabi for his contributions to Boston University and its students, faculty, and staff, and we wish him the very best in retirement.”

Chehabi has been a professor at Boston University since 1998. He previously taught at Harvard University and has been a visiting professor at the University of St. Andrews, UCLA, and the Universidad Argentina de la Empresa. He has published multiple books, including Iranian Politics and Religious Modernism: The Liberation Movement of Iran under the Shah and Khomeini (1990), Distant Relations: Iran and Lebanon in the Last 500 Years (2006), and Onomastic Reforms: Family Names and State-Building in Iran (2020).

Following Lori’s tribute, Igor Lukes, Professor of International Relations and History at the Pardee School, was invited to deliver remarks in honor of Goldstein.

“In celebrating Erik Goldstein, I’d like to focus first on his character. He stands out in this era of moral flexibility because he’s a decent human being,” Lukes said in his tribute. “First-year students and university presidents alike, found him to be the person to seek when they needed advice. We celebrate Erik Goldstein for his contributions to the Pardee School, its students, and the academic profession. We wish him all the best as he transitions from his University duties to research, writing, and defense of the common good in the public sphere.”

Professor Goldstein will retire from the Pardee School at the end of the calendar year after serving as a professor at Boston University for 24 years. During that time, he has published multiple books including The First World War’s Peace Settlements: International Relations, 1918 – 1925 (2002, Italian translation, 2004), and established Diplomacy and Statecraft – a journal that is a leader in the field of diplomatic history. In doing so, he helped to launch the careers of a generation of young scholars. Goldstein also served as chair of the University’s International Relations Department (the forerunner of the Pardee School) for 12 years.