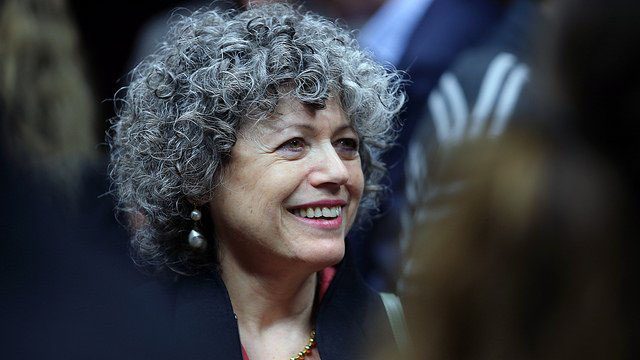 On November 18, 2021, Vivien Schmidt, Jean Monnet Professor of European Integration and Professor of International Relations and Political Science at the Frederick S. Pardee School of Global Studies at Boston University, presented her research on the resilience of neo-liberal ideas from the 1980s to the COVID-19 pandemic as well as their impact on capitalist structures, institutions, and policies.

Schmidt’s upcoming paper, titled “Reallocation: Neo-liberal Scripts and the Transformation of European Capitalism and Democracy” was presented at a conference by the Cluster of Excellence: “Contestations of the Liberal Script (Scripts)” at the Free University of Berlin and the Wissenschaftszentrum Berlin.

In this paper, Schmidt argues that neo-liberalism focused on promoting “less state to free up the markets” has dramatically transformed democratic capitalism in ways that have increased inequalities and led to a democratic backlash with the rise of populism. However, the responses to COVID-19 in Europe and the United State suggest at least a pause to neo-liberalism, if not its demise, with the shift to an emphasis on sustainable and equitable growth with a renewed role for the state.