Hefner Expounds Lessons to be Learned from Indonesia 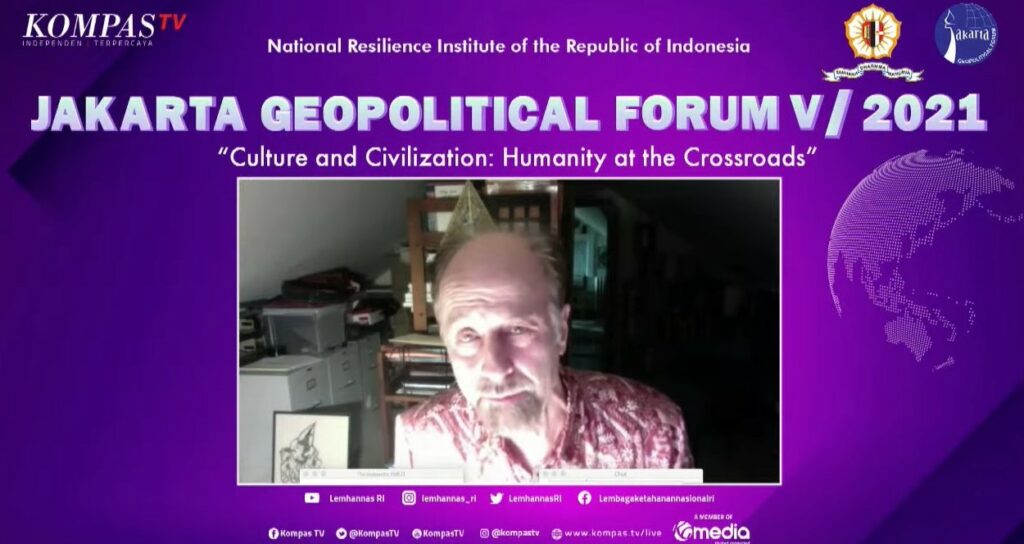 On October 21, 2021, Robert Hefner, Professor of Anthropology and of International Relations at the Frederick S. Pardee School of Global Studies at Boston University, participated in the “Culture and Civilization: Humanity at the Crossroads” conference where he led a discussion on lessons the world can glean from Indonesia.

The event, sponsored by the National Resilience Institute of the Republic of Indonesia, brought together Indonesian and international scholars to talk about the environmental, economic, and technological challenges the world currently faces.

During his discussion, titled “Civilizational Progress in an Age of Crisis: Lessons from Indonesia on Religion, State, and Democracy,” Hefner addressed the question of how you measure the progress of human civilization in the current age. He also discussed his opposition to Samual Huntington’s “Clash of Civilizations” thesis, in which he argues that people’s cultural and religious identities will be the primary source of conflict in the post-Cold War world, and explains that Indonesia has much to offer as to why that thesis is wrong.

A recording of Hefner’s remarks can be viewed below. Note that his presentation begins around the 2 hour and 27-minute mark.

Robert Hefner has directed 19 research projects and organized 18 international conferences, and authored or edited nineteen books. He is former president of the Association for Asian Studies. At CURA, he directed the program on Islam and civil society since 1991; coordinated interdisciplinary research and public policy programs on religion, pluralism, and world affairs; and is currently involved in two research projects: “The New Western Plurality and Civic Coexistence: Muslims, Catholics, and Secularists in North America and Western Europe”; and “Sharia Transitions: Islamic Law and Ethical Plurality in the Contemporary World.” Read more about Professor Hefner on his faculty profile.