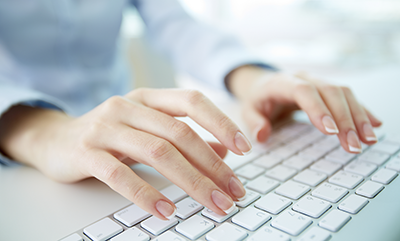 The internet has in some ways made it easier for researchers to reach out to prospective study participants. But whether that recruitment may be particularly prone to “selection bias,” which can yield incorrect findings resulting from who participates in a study, has been a subject of controversy.

Now, a new study led by School of Public Health researchers indicates that concerns about such bias may be unfounded, at least in research on reproductive-age women. In the study, published online in the journal Epidemiology, the research team found that several perinatal associations in an Internet-based Danish pregnancy study known as Snart Gravid closely mirrored associations in the larger Danish population.

“The majority of associations were very similar for the Internet-recruited population and the remainder of Danish women giving birth,” the researchers wrote. “Although we cannot be confident that our results would apply to other populations and associations than those studied here, our findings indicate that selection bias may not be an important concern in prospective cohort studies of reproduction that recruit and follow women via the Internet.”

The researchers used data from the Danish Medical Birth Registry from 2008 through 2012 to compare six well-known perinatal associations with the Internet-based cohort enrolled in the Snart Gravid study. Results in both populations were similar for associations that included maternal smoking and low birth weight; maternal obesity and high birth weight; and prior C-section in relation to current C-section. The prevalence of obesity, preeclampsia, low birth weight, macrosomia, and C-section delivery also were similar in both groups.

Lead study author Elizabeth Hatch, professor of epidemiology, said the study “eases concerns that some have had regarding the use of the Internet for enrollment and follow-up of epidemiologic studies.”