Mark Glickman, a research professor of health policy and management, has been named a fellow of the American Statistical Association for his outstanding professional contributions to and leadership in the field of statistical science. 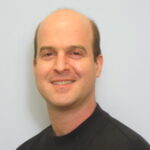 Glickman, who is also senior statistician at the Center for Healthcare Organization and Implementation Research at the Bedford VA, is one of 63 fellows who will receive their awards at a ceremony in August at the annual Joint Statistical Meetings in Boston.

He was specifically honored for his "innovative research in ratings and rankings systems that have had fundamental impact on player-against-player competitions; for collaborative work in hierarchical modeling and causal inference in health and health policy and health services research; and for leadership in sports statistics research."

Glickman is the inventor of several ratings systems for comparing and ranking players in a variety of games; he has been the chair of the United States Chess Federation Ratings Committee since 1992. He has served as associate editor for the Journal of Quantitative Analysis in Sports since 2012, and takes over as editor-in-chief in 2015.

In the public health realm, he has helped several governmental agencies develop a statistical approach for medical fee schedule construction, and has studied the genetic predisposition to disease onset for various cardiovascular diseases. At the VA, he has developed statistical models for the detection of differential item functioning in health surveys, and helped to develop Bayesian meta-analysis models for indirect comparison of medical treatments.