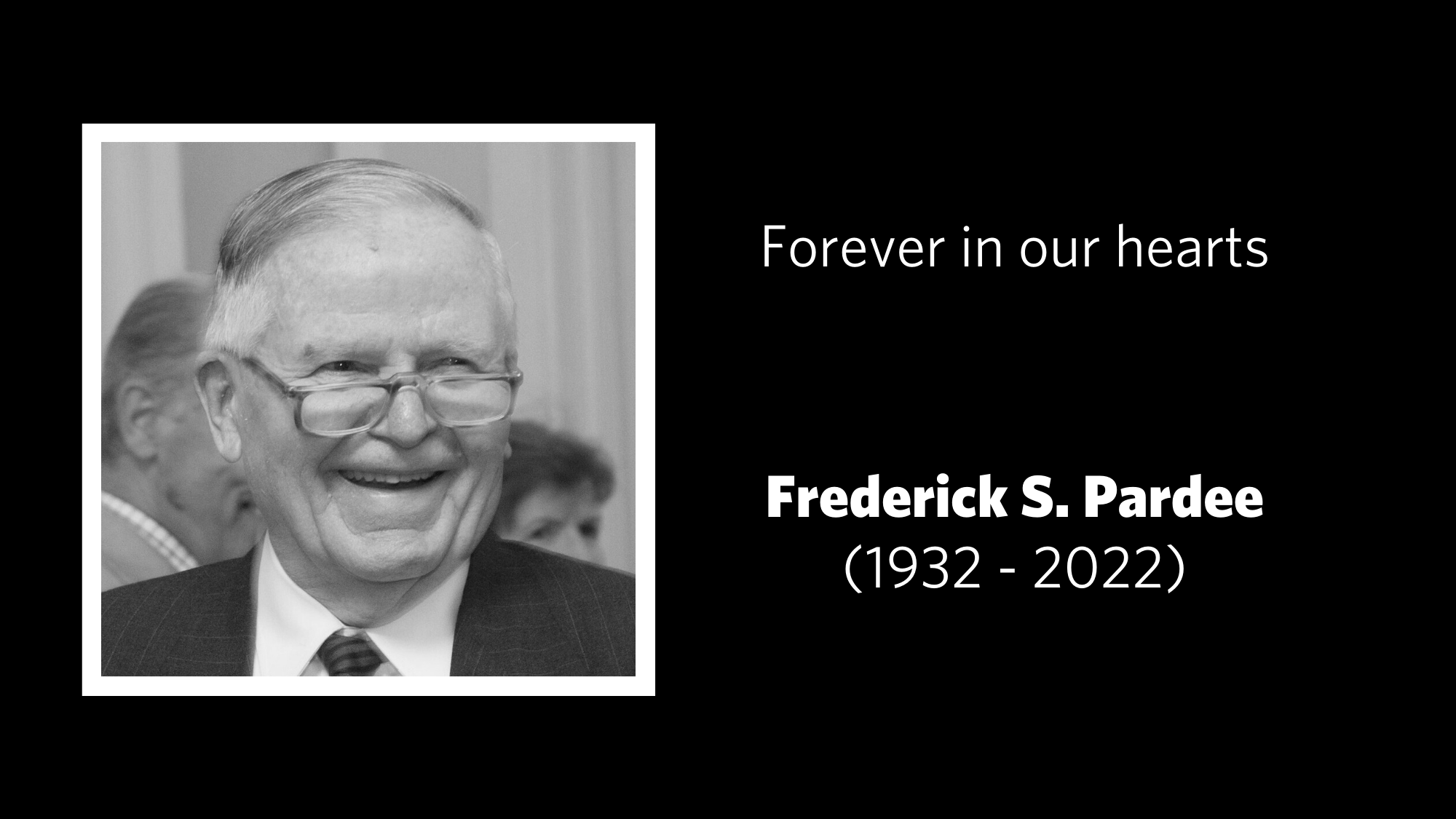 Frederick S. Pardee, the visionary founding inspiration and benefactor of the Pardee School of Global Studies, and before that the Frederick S. Pardee Center for the Study of the Longer-Range Future, passed away in Los Angeles on June 27, 2022. He was 90.

Fred Pardee was a Boston University alum (Questrom ’54, Hon.’06) and one of its most generous benefactors. Apart from the Pardee School and the Pardee Center, his name also adorns the Frederick S. Pardee Management Library at the BU Questrom School of Business. An economist, a real estate investor, and a thoughtful philanthropist, he leaves a deep and truly transformational imprint across Boston University and the many other institutions he supported across the US and internationally.

“Fred Pardee looked far over the horizon, thinking of future generations and what challenges those generations would face,” said BU President Robert A. Brown. “And he envisioned institutions that prepared the next generation of students to take on these challenges, taught by faculty who, through their scholarship, would lay the foundations for the solutions of the challenges. We are deeply grateful to Fred and we celebrate his generosity and his vision. And we mourn his passing. Boston University has lost a great friend.”

After graduating from Boston University in 1954, Pardee served in the Air Force before working as an economist for the nonprofit RAND Corporation where he examined economic, social, and political issues including the economics of putting a man on the moon.  Pardee said his passion and determination to help build a more peaceful society were born when he was a child during World War II. He was able to attend BU on scholarship and has said the financial aid that provided him that opportunity became a driving force in his desire to better the world. It was this vision of working towards a better global future for all humanity that led him to establish the Pardee Center for the Study of the Longer-Range Future in 2000 and the Pardee School for Global Studies in 2014.

“Fred Pardee was an inspiration,” said Adil Najam, Dean of the Pardee School and former Director of the Frederick S. Pardee Center for the Longer-Range Future. “Our school, and its mission of ‘Advancing Human Progress,’ was born from Fred’s remarkable vision to improve the human condition globally and the work of both the Pardee School and the Pardee Center are deeply defined by his unwavering belief in the human potential.”

Najam added that “for Boston University, he was a transformational philanthropist who passionately believed in the power of good ideas, innovative education, and interdisciplinary research to make a real-world difference in the critical challenges humanity faces today. His eternal optimism that the future could be made more just, more prosperous, and more peaceful for all humanity, everywhere, was infectious and was possibly the greatest of all gifts he gave to the Pardee School. He will be dearly missed.”

Bostonia, BU’s alumni magazine, has also published a post in remembrance of Pardee, which can be read on their website.