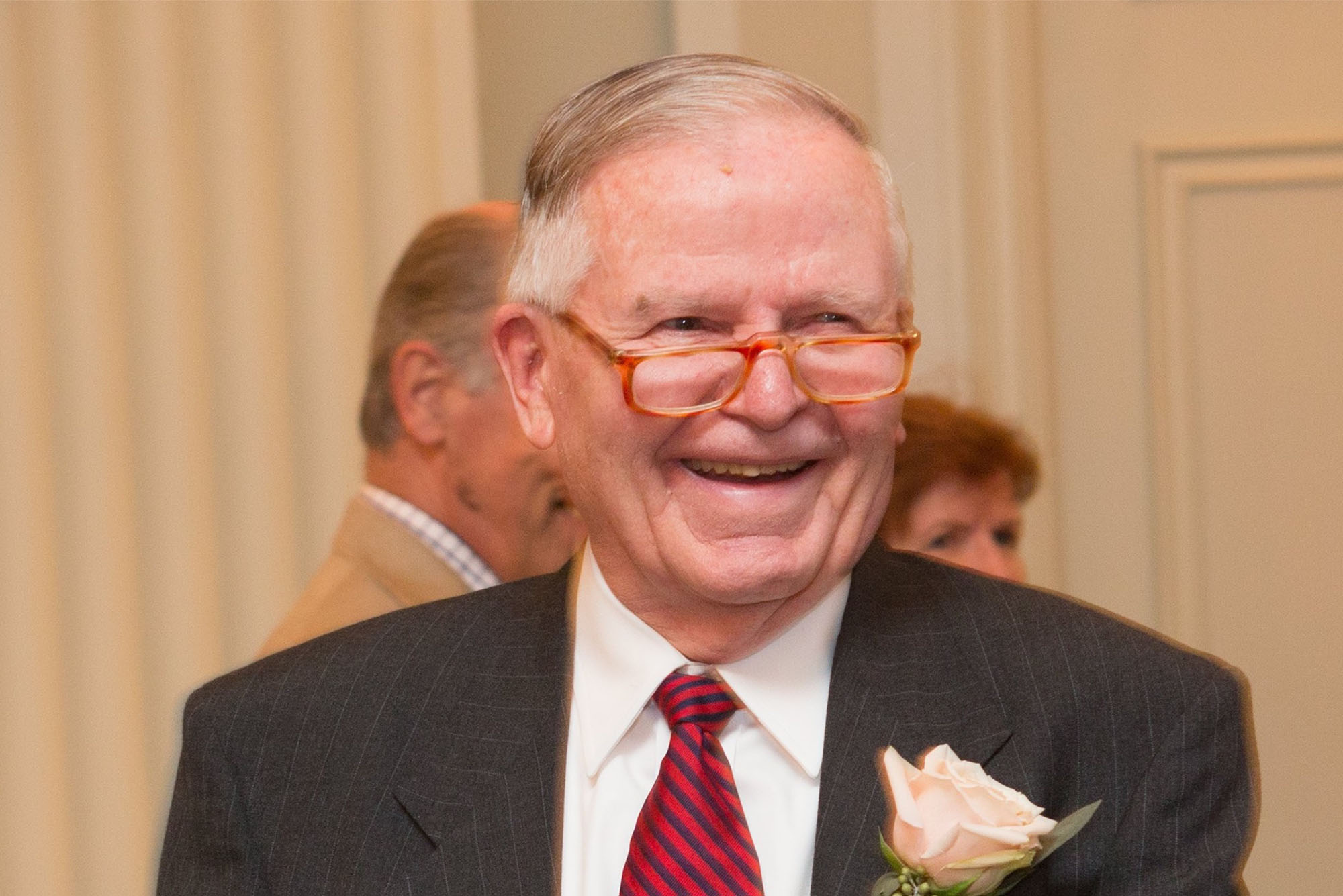 Namesake and inspiration behind the Frederick S. Pardee School of Global Studies, Pardee (Questrom’54,’54, Hon.’06) gave $25 million in 2013 to found the school and another $25 million in 2018 to secure its future.

“Fred Pardee looked far over the horizon, thinking of future generations and what challenges those generations would face,” says University President Robert A. Brown. “And he envisioned institutions that prepared the next generation of students to take on these challenges, taught by faculty who, through their scholarship, would lay the foundations for the solutions of the challenges.

“His magnificent philanthropy established organizations that are the homes for these efforts at Boston University—the Pardee School of Global Studies and Pardee Center for the Study of the Longer-Term Future,” Brown says. “We are deeply grateful to Fred and we celebrate his generosity and his vision. And we mourn his passing. Boston University has lost a great friend.”

The Pardee School “was born from Fred’s remarkable vision to improve the human condition globally and his unwavering belief in the human potential,” says Adil S. Najam, dean of the Pardee School. “His eternal optimism that the future could be made more just, more prosperous, and more peaceful for all humanity, everywhere, was infectious and was possibly the greatest of all gifts he gave to the Pardee School.”

“I cannot think of anyone who believed as passionately as he did that the power of ideas, of education, and of research can make the world a better place,” says Najam.

The Pardee School’s inaugural dean, Najam is stepping down at the end of the academic year to return to teaching and research as a professor of international relations and of earth and environment, and will be dean emeritus. A search is underway for his successor.

Pardee also provided vision and support to the Pardee Center for the Study of the Longer-Range Future and the Frederick S. Pardee Management Library at BU’s Questrom School of Business. Najam calls him one of the University’s “most generous and truly transformational donors.”

Pardee said his passion and determination to help build a more peaceful society was born of his childhood during the turbulent World War II era and his time at BU, where he studied the work of historian and sociologist Lewis Mumford. He attended BU’s School of Management on scholarship and has said the financial aid that enabled him to earn bachelor’s and master’s degrees at what is now Questrom became a driving force in his desire to better the world.

Graduating from BU in 1954, Pardee served in the Air Force and then became an economist for the Rand Corporation, where the issues he studied from 1957 to 1971 included the economics of putting a man on the moon. He later ran a real estate management firm in Los Angeles, specializing in apartment buildings.

BU Today noted in 2018: “The school’s stated mission is in many ways a reflection of Pardee’s own global mission: It is dedicated to improving the human condition through rigorous and creative education, path-breaking interdisciplinary research, and innovative initiatives to make a real-world difference in the critical challenges humanity faces.”

A memorial event will be held at the Pardee School of Global Studies in the fall. Bostonia will provide details when they become available.

There is 1 comment on Frederick S. Pardee (Questrom’54,’54, Hon.’06) Remembered for His Generosity and Vision

Frederick S. Pardee (Questrom’54,’54, Hon.’06) Remembered for His Generosity and Vision
1
share this