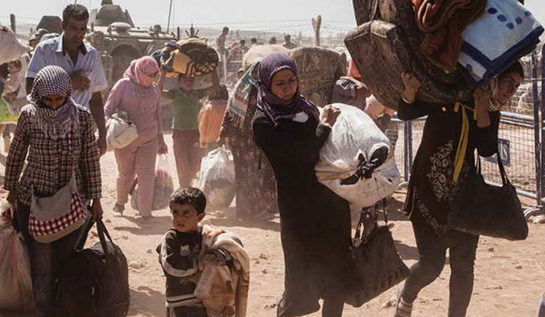 On November 19, 2021, Ambassador Mark C. Storella, Professor of the Practice of Diplomacy at the Frederick S. Pardee School of Global Studies at Boston University, discussed the future of United States refugee policy after the American withdrawal from Afghanistan in a webinar with Harvard University Professor Jacqueline Bhabha and the Harvard Kennedy School Carr Center for Human Rights Director Mathias Risse.

In his remarks, Storella said the arrival of tens of thousands of Afghans in the U.S. has spurred an outpouring of generosity from a broad coalition of local communities, human rights activists, military veterans, as well as faith-based organizations and NGOs. The large influx also reveals strains in the U.S. refugee resettlement system and critical weaknesses in U.S. asylum policy and infrastructure.

Storella highlighted the need for active U.S. humanitarian diplomacy to support the protection of the vast majority of refugees who will not be resettled in third countries, something that has become all the more challenging as the U.S. struggles with its troubled policies related to Latin American asylum seekers at the U.S. southern border. Storella urged that the U.S. pursue a comprehensive approach to policy reform, including a combination of tools: refugee resettlement, more humane and efficient asylum systems, orderly control of borders, targeted assistance to address the root causes of migration, and global initiatives to both support refugees where they are and to resolve conflicts that could permit the return of some refugees to their homes.

Ambassador Mark C. Storella was a United States Foreign Service Officer for over three decades serving as Ambassador to Zambia, Deputy Assistant Secretary of State for Population, Refugees, and Migration, and Dean of the Leadership and Management School of the Foreign Service Institute. Storella is a recipient of the Presidential Rank Award, the Centers for Disease Control and Prevention’s Excellence in Service Award, the Thomas Jefferson Award presented by American Citizens Abroad, and several Department of State superior and meritorious honor awards. Learn more about Ambassador Storella on his faculty profile.