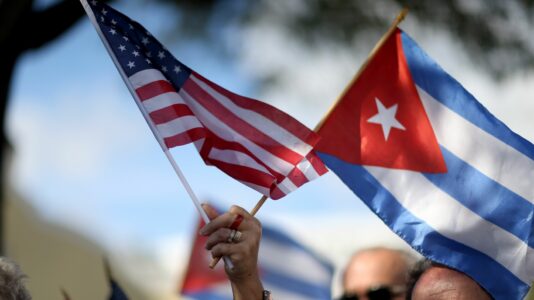 Hare’s Op-Ed, entitled “Trump and Cuba: Why Not America First?” was published in The Orlando Sentinel on June 25, 2019.

Cuba has been punished again. Cruises and “veiled tourism” by Americans where no family visits are involved have been banned. Once again, the United States goes it alone on Cuba. Venezuela’s Nicolás Maduro has been delegitimized by over 50 countries but U.S. diplomatic leadership is absent on Cuba. And Americans’ freedom to travel where they wish is further shackled. American diplomacy should be first on Cuba but currently is nowhere.

President Donald Trump has been ready to engage with all states on the basis of self-interest — America first. He has developed a personal relationship with Kim Jong-un in North Korea. Secretary of State Mike Pompeo has promised that, with North Korean denuclearization, U.S. foreign investment would arrive “in spades.” American businesses could help develop North Korean infrastructure, “so they can eat meat and live healthy lives.” Trump has recognized the military and cyber threat from China. But he sees it in U.S. interests to negotiate with China on trade. The new Middle East peace plan reportedly has a strong element of economic incentives to Palestine. Trump wants to engage with the Iranian leadership even while sanctions are tightened. So why not make some offers to Cuba?

But Trump has taken the U.S. off the diplomatic field in Cuba. Since the “sonic attacks,” the U.S. diplomatic presence has been reduced to minimum emergency levels. Our capacity to engage with the Cuban government and ordinary Cubans is the lowest it has been since Interests Sections between the two countries were established in 1977.