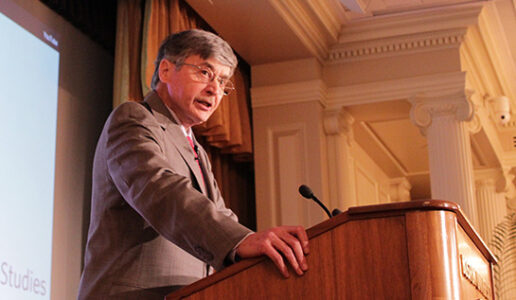 Augustus Richard Norton, Professor of International Relations and Anthropology at the Frederick S. Pardee School of Global Studies at Boston University, recently conducted an external review of the Georgetown University Center for International and Regional Studies and participated in the inaugural meeting of the Advisory Board for the Arab Center-Washington D.C.

The Georgetown University Center for International and Regional Studies  sponsors major studies of regional and international significance, including research initiatives in the areas of international relations, political economy, and domestic politics of the Gulf.

The Arab Center-Washington D.C. is focusing on a variety of areas including perspectives on democratization, human rights, and justice in Arab countries; Regional conflicts and peacemaking efforts in the Middle East, and U.S. Middle East foreign policy.