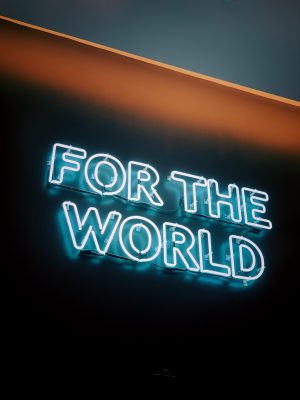 The 2021 United Nations Climate Change Conference, also known as COP26, brought together world leaders to discuss the future of the entire planet. However, some scientists argue the importance of understanding changes and implementing solutions on a much smaller scale. Modeling, or using computers and mathematical equations to study complex systems, is one way for researchers to study how environmental policies and other interventions could impact the climate on local, national, and global scales.

Scientists have been warning the public about the changing climate since the seventies, using data and models to predict a dramatic rise in global temperature. These predictive models prove invaluable to combat rising temperatures, but the larger the model, the more generalized and less detailed it becomes.

Incorporating microclimates that may be more or less vulnerable to warming can help scientists understand and predict mitigation strategies. Dan Li, an Assistant Professor in Earth and Environment and a Research Fellow at the Hariri Institute, uses models to study urban climates and stresses the importance of taking environmental differences into account. “The climate in cities is different from surrounding rural areas. We cut down vegetation and create unique microclimates like heat islands,” said Li. This means that an urban area may react differently than a rural area to interventions, so climate mitigation strategies for Boston will be different than climate mitigation strategies for the entire state of Massachusetts.

The context of a model can be just as important as the output that it predicts. Contexts that researchers may take into consideration include the size of spaces being studied and whether the space is urban, rural, or some mixture of both. These factors and many others will affect the outcome of models. Therefore, the more accurately these factors are measured, the higher the quality of predictions that researchers can get from models.

Understanding the full context of the environment can help experts recommend and employ the best mitigation strategies. Lucy Hutyra, a Professor in Earth and Environment and Research Fellow at the Hariri Institute, creates models of greenhouse gases in several different locations across Massachusetts and Maryland. “In the end, our closest measure to truth is what we measure in the air,” said Hutyra. Because Hutyra measures different parameters than other scientists who mostly use ground-based data, the scale and scope of her models are different. “Air doesn’t respect state lines, and our emissions modeling is actually country-wide,” she says.

Prioritizing the climate solutions that are the most effective for specific areas will be critical to forming and implementing climate resilience plans. “Will increasing the presence of green roofs in Boston by 50% make a significant impact?  Will it reduce the temperature of the city by an average of 0.5 degrees, or an average of 0.05 degrees?” commented Li. Climate plans must accurately reflect all the nuances of their location, and using models is an efficient and accurate way to do this. Hutyra, who was scheduled to speak at the COP26 summit, believes that important details were left out of the most recent global climate resilience plans. “We [U.S.] announced a goal of 30% reduction in methane emissions, but a 30% reduction of what exactly? What are the current levels, and what do we include and not include in our current calculations?”

Although scientists have a deep understanding of what is at stake when it comes to the future of our planet, many are skeptical that governments will implement effective policies and practices that protect the climate. Li thinks that halting climate change requires too much coordination between countries, political leaders, and scientists. “In the United States, administrations change every four years, and climate is still a contentious issue,” Li states. “If we got another president who is a climate change skeptic, it could set us back.” Hutyra however, remains cautiously optimistic. “It’s easy to get depressed, and I have moments of being depressed, but I also have a lot of optimism,” she states. “The conversations that we hear today we couldn’t have had three years ago.” Hutyra believes that it is still possible to effect change on a global scale if everyone acts now to protect the environment.