In many respects oligodendroglial precursor cells resemble astrocytes (Fig. 13.1), but their pale nuclei are more irregular is shape than those of astrocytes and they have a more pronounced layer of condensed chromatin beneath the nuclear envelope. Like astrocytes, the cytoplasm of the oligodendrocyte precursors is pale, but the cytoplasm does not contain intermediate filaments (Figs. 13.2- 13.5) and the mitochondria are smaller than those of astrocytes (Fig. 13.1). Although the contours of the cell bodies are irregular, unlike astrocytes the precursors do not send cytoplasmic extensions into the surrounding neuropil and do not mould themselves to the elements in the surrounding neuropil. The only processes arise from the poles of the cell bodies (Figs. 13.2 and 13.2A). In general, the cisternae of rough endoplasmic reticulum in the cytoplasm of precursor cells are short, but there may be stacks of cisternae at the bases of the thick processes extending from the poles of the cell bodies (Fig. 13.2 and 13.2A). It should also be mentioned that although the cytoplasm of these cells may contain a few lysosomes, the cytoplasm never contains inclusions, even in old monkeys (Figs. 13.3 and 13.4). 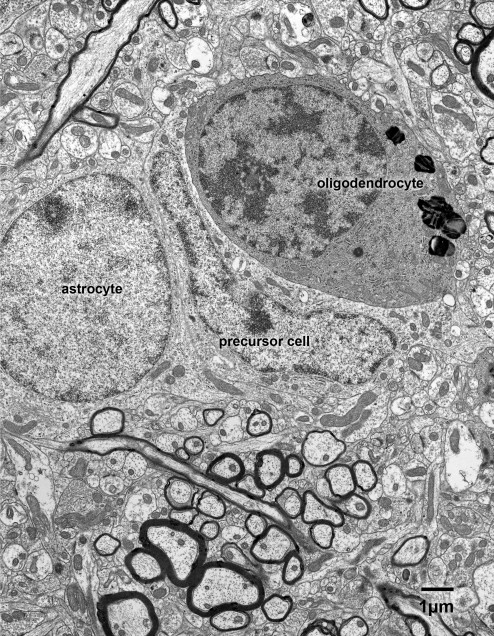 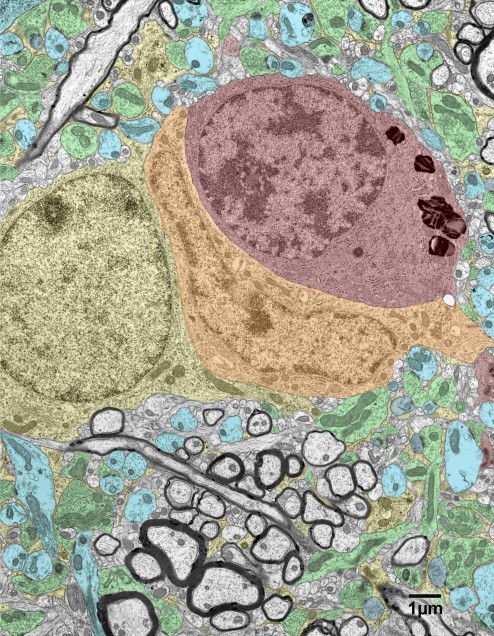 An oligodendrocyte precursor cell in the primary visual cortex of a 16 year old monkey. The cell is adjacent to a neuron. Note the irregular shape of the pale nucleus of the precursor cell and the irregular shape of the perikaryon. The perikaryal cytoplasm contains few organelles beyond a few polyribosomes and a few mitochondria, although there are some cisternae of rough endoplasmic reticulum within the process emanating from the cell body. 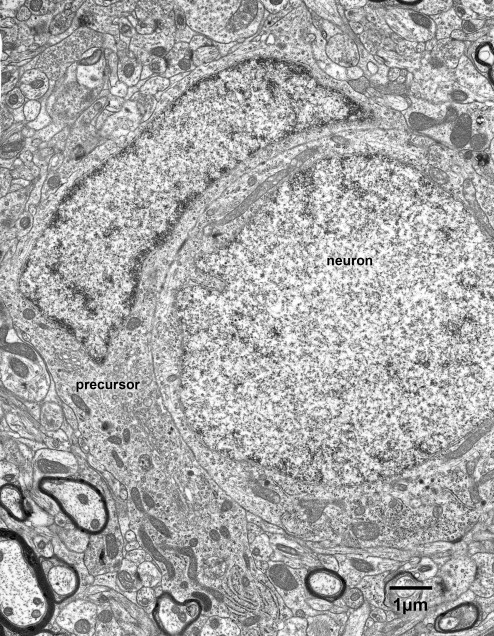 A copy of the micrograph in Fig. 13.2, in which color has been added. Oligodendrocytic precursor- orange; neuronal cell bodies and dendrites- blue; axon terminals- green. 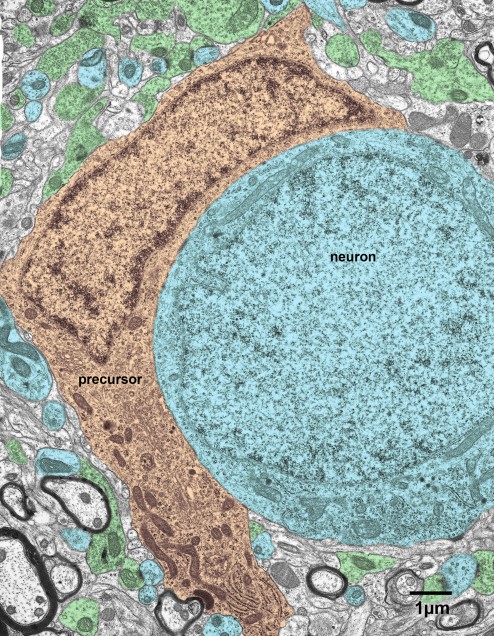 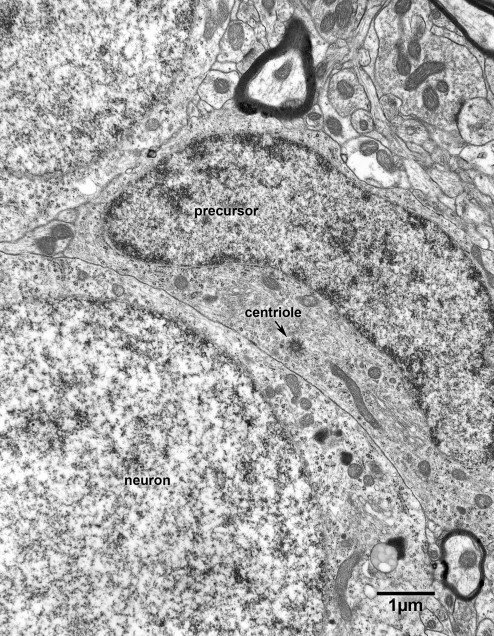 An oligodendrocyte precursor cell adjacent to a neuron in the primary visual cortex of a 35 year old monkey. 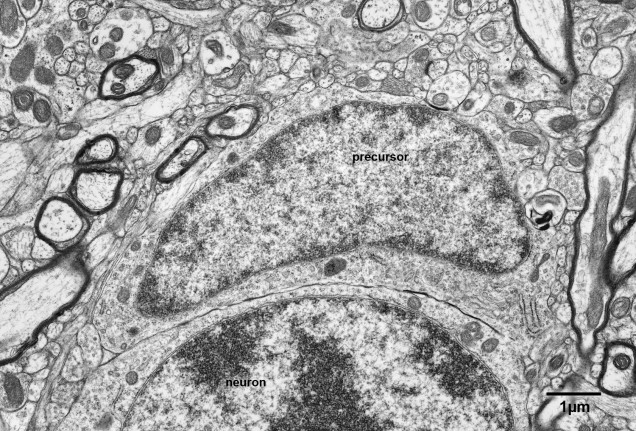 An oligodendrocyte precursor cell in the primary visual cortex of a 15 year old monkey. 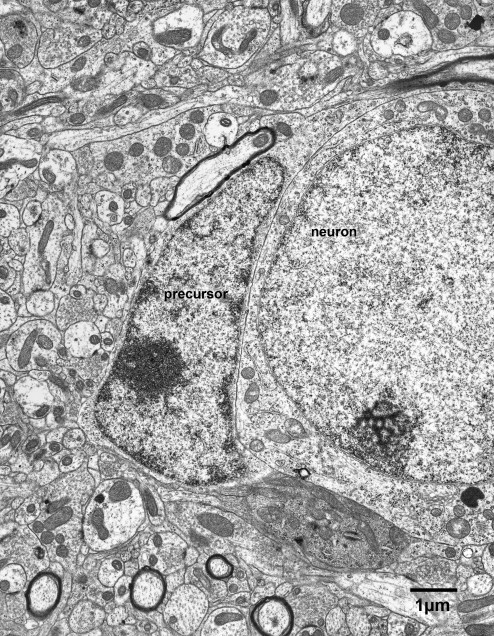