A variety of holes, or spaces surrounded by membranes, are encountered in the central nervous system of the aging monkey. As pointed out earlier some of these holes are balloons of myelin, and an especially large myelin balloon, which is 12 microns in diameter, is shown in Fig.15.1. No axon is evident in this profile, but the balloon has a smooth outline and is surrounded by a sheath that is 4 or 5 lamellae thick.

Different types of holes, which are clearly not myelin balloons, are shown in Fig.15.2 – 15.4. These holes have some pieces of membrane in their lumens and their circular profiles suggest that the fluid contents of the lumens are under pressure. The walls bounding the holes in some places consist of a single thin membrane, but in other places the wall is formed by a thin cytoplasmic process. There are no clues as to the origins of these holes since they have no synapsing axon terminals associated with them, as might be expected if they are derived from swollen dendrites or neuronal cell bodies.

A somewhat different type of hole is shown in Fig. 15.5. This hole has the same basic features as the holes shown in Figs. 15.2 – 15.3, but it does not have distended circular profile and the membranous contents of the lumen are not fragmented. 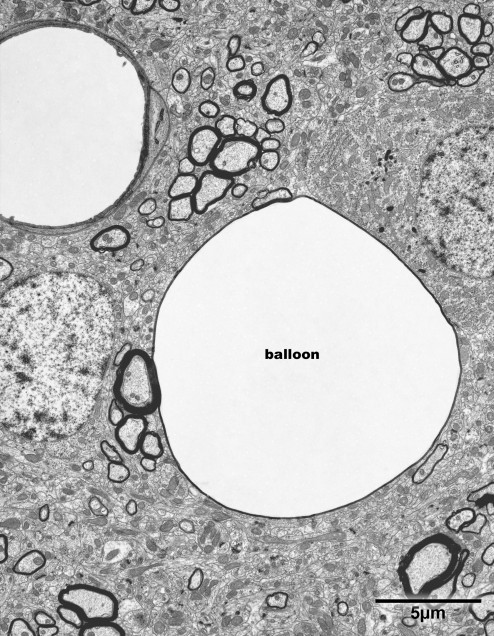 A large hole lying adjacent to a neuronal cell body in the neuropil of layer 2/3 in the primary visual cortex of a 35 year old monkey.  This hole contains membranous debris and may represent a degenerating dendrite or neuronal cell body. 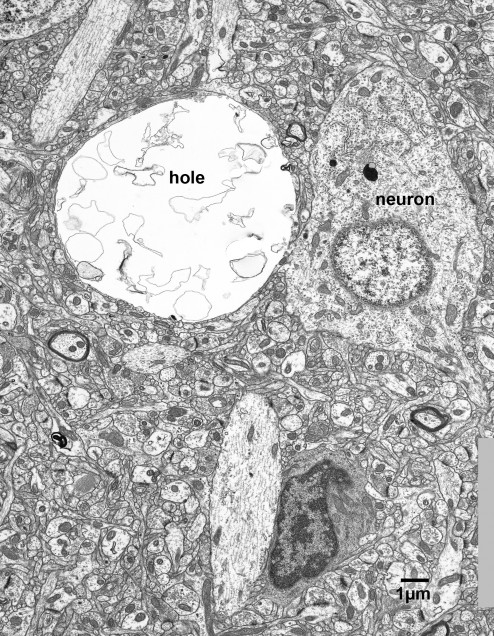 A copy of the above micrograph is which some of the profiles have been colored. Axon terminals- green; neuronal cell body and dendrites- blue; dendritic spines- grey; astrocytes- yellow. 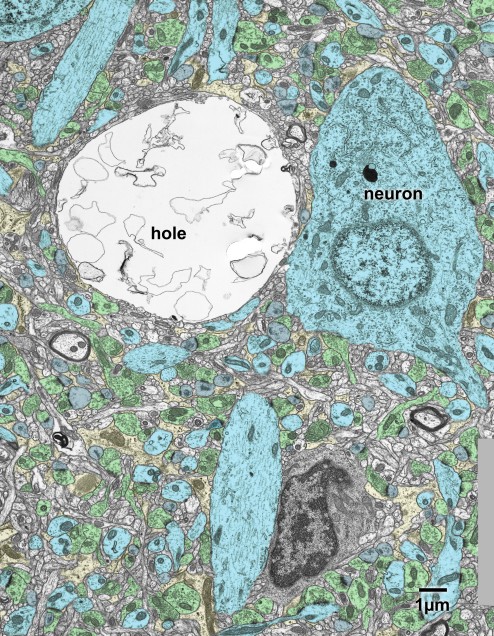 A large hole in the neuropil of layer 2 in the visual cortex of a 35 year old monkey. As in the previous figure, the hole is filled with membranous debris. This hole is 10 microns in diameter and distends the surrounding neuropil. There are no clues as to its origin, but it seems likely to be a degenerating neuronal cell body. 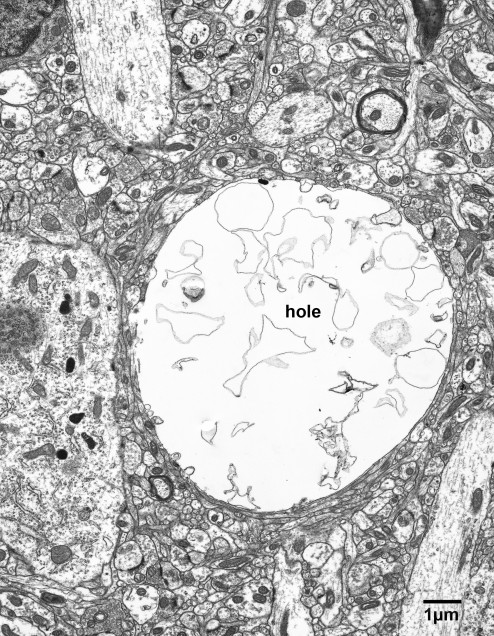 A large hole in the neuropil of the primary visual cortex of a 23 year old monkey. The interior of the hole is partitioned by membranous material. The origin of this hole is not evident. 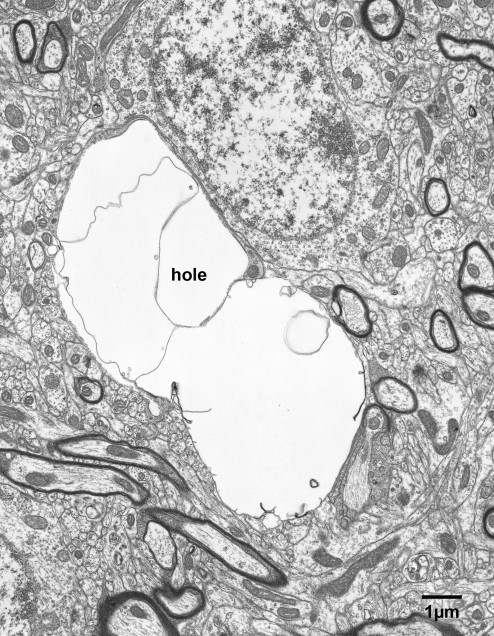 A large, 10 micron diameter, hole in layer 6 of the superior temporal gyrus of 35 year old monkey.  As in the previous examples, a membrane surrounds this hole, and its contents are probably under pressure since the hole is causing distention of the surrounding neuropil. 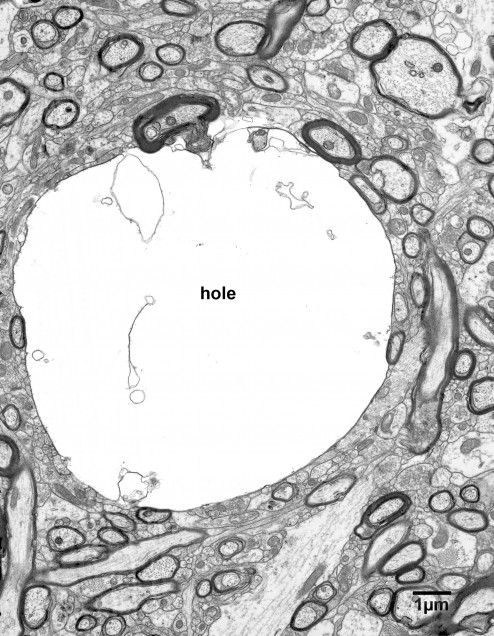