It has been suggested that the earliest precursors of senile plaques are abnormally swollen neurites that are filled with mitochondria, together with dense and lamellar bodies. Plaques form from small clusters of these swollen neurites, most of which appear to be swollen axons, and such accumulations of swollen neurites are referred to as primitive plaques. As primitive plaques get larger they mature into the classical plaques, which have cores of extracellular amyloid and can occur in small numbers in the cortices of aged monkeys. In the monkey there is no evidence that such plaques evolve into the compact, or burnt out plaques, which largely consist of extracellular fibers of amyloid surrounded by glia.

As described in Fiala et al. (2007), in the monkey cortex primitive plaques are composed of a collection of dystrophic neurites interspersed with profiles of normal-looking dendrites, axons and nerve fibers (Figs. 18.1, 18.1A and 18.2). The neurites contain various combinations and mixtures of mitochondria, lamellar and dense bodies, vesicles with clear and dense cores, and only rarely can it be discerned that the profiles of two neurites in a plaque resemble each other.  Indeed, the various combinations of the various organelles and inclusions in the individual neurites constituting a plaque are so diverse that essentially the morphology of each neurite profile is unique (Fig. 18.3).  However, there is evidence that the dark bodies, which are surrounded by double membranes, are autophagocytic vesicles.

Patches of extracellular amyloid fibrils do occur in the centers of more mature plaques of old monkeys (Fig. 18.4), but they do not seem to aggregate into the cores that characterize the burnt-out plaques in humans.

A small senile plaque in area 46 of prefrontal cortex of a 25 year old monkey. The dystrophic neurites within the plaque vary enormously in shape and appearance, so that it is rare to see two neurites that look alike. In this example the dystrophic neurites are intermixed with dendrites and axons that appear normal. 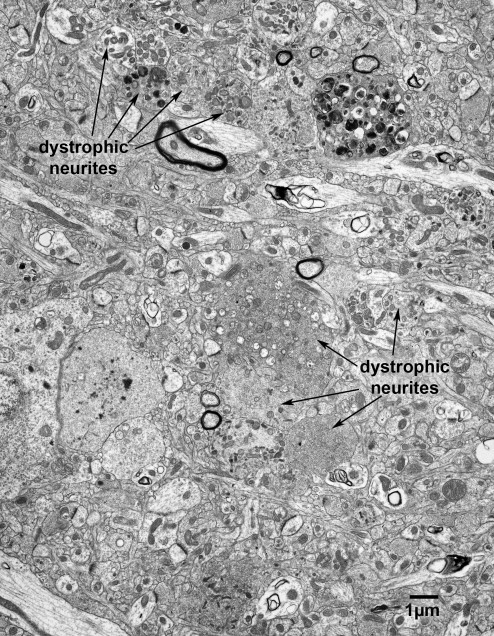 A version of the above micrograph in which some of the elements have been colored. Dystrophic neurites – purple; axon terminals- green; dendrites and neuronal cell bodies- blue; dendritic spines- grey; astrocytes- yellow; oligodendrocyte processes- red. 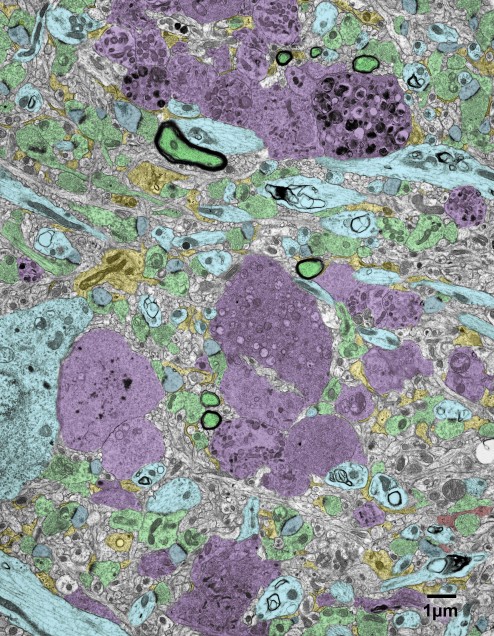 A senile plaque in layer 3 of area 46 in a 25 year old monkey. Again, note the great variation in the appearance of the dystrophic neurites that make up the plaque. 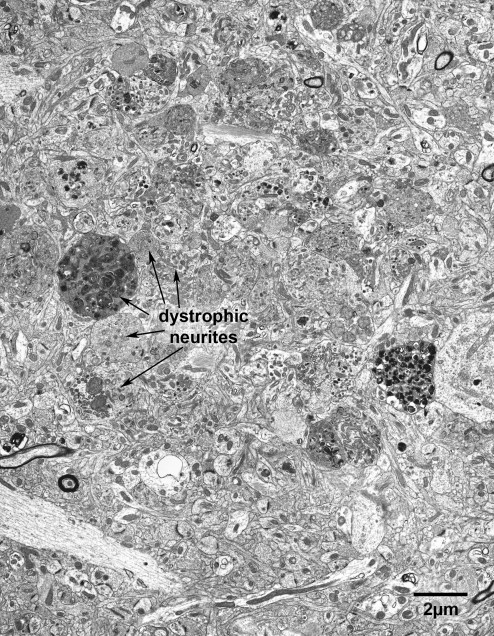 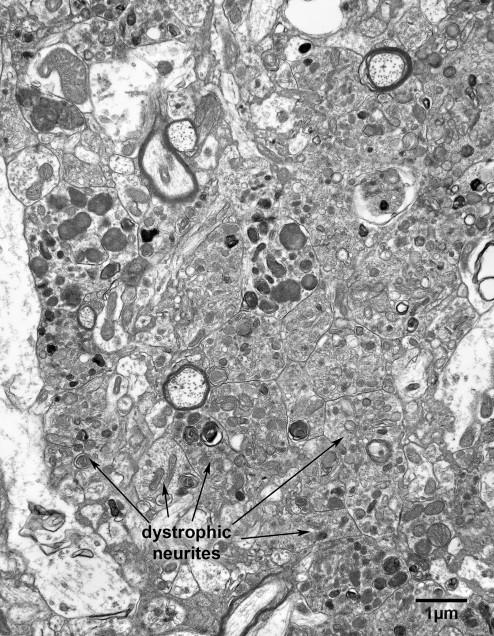 A more mature senile plaque in area 8A of the prefrontal cortex of a 32 year old monkey.  In this example amyloid filaments (arrows) have accumulated in the extracellular spaces between elements of the plaque core. 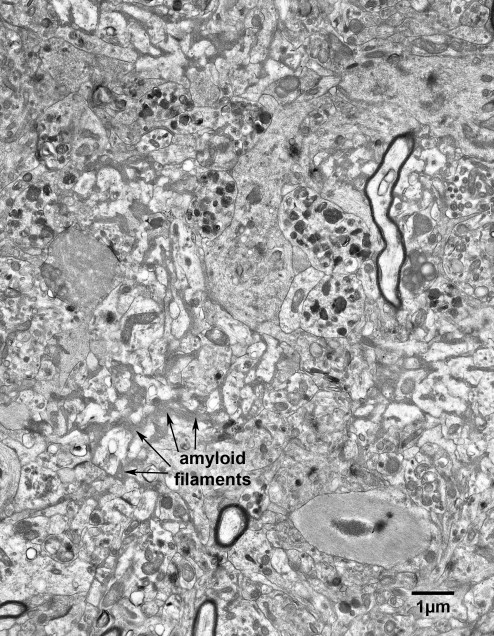