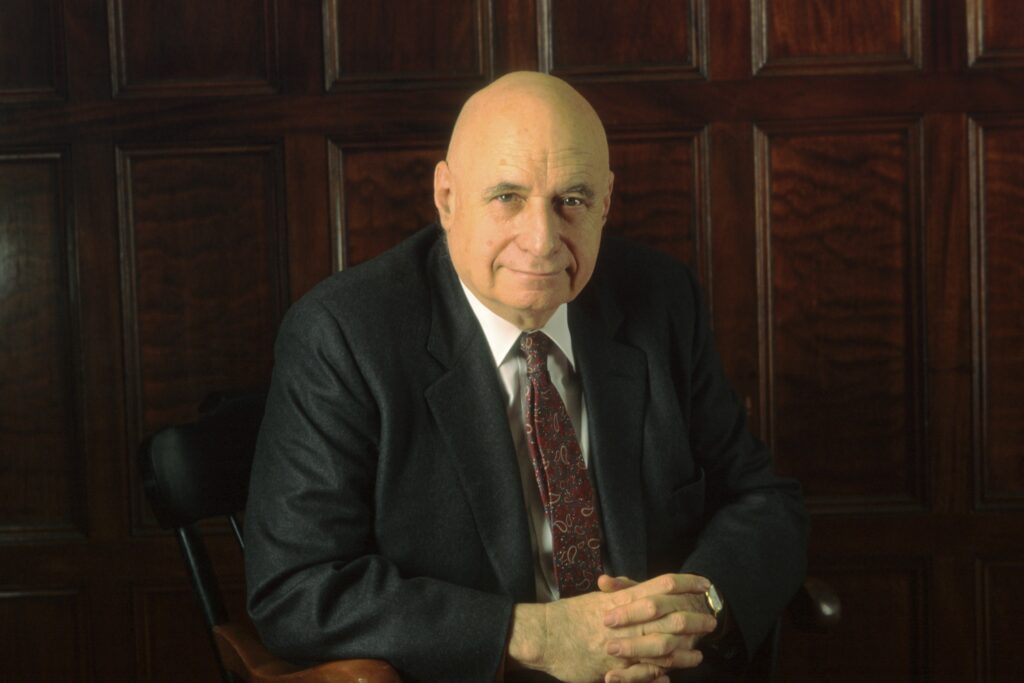 Prof. Peter Berger, the founding director of the Institute on Culture, Religion and World Affairs (CURA), BU Professor Emeritus of Sociology, Religion and Theology, and father of Pardee School Professor Thomas Berger died in Brookline, MA, on June 27, 2017. He was 88.

Prof. Peter Berger founded the Institute on Culture, Religion and World Affairs (CURA) at Boston University in 1985 and served as its first Director until 2009. He nurtured CURA, now part of the Pardee School, into a world-leading center for research, education and public scholarship on religion and world affairs which provides state-of-the-field scholarship and research on religion in an age of globalization.

Prof. Peter Berger was an eminent sociologist whose prolific writings on sociological theory, the sociology of religion, and Third World development have been translated in many languages. His book The Social Construction of Reality (1966) is considered a classic. The book is considered one of the most influential texts in its field and was named by the International Sociological Association (ISA) as the fifth most influential book written in the field of sociology during the 20th century.

His more recent books include Redeeming Laughter: The Comic Dimension of Human Experience (1997); Modernity, Pluralism and the Crisis of Meaning (with Thomas Luckmann, 1995); The Capitalist Revolution: Fifty Propositions About Prosperity, Equality and Liberty (1988); and The War Over the Family: Capturing the Middle Ground (with Brigitte Berger, 1983). In 1992, Professor Berger was awarded the Manes Sperber Prize, presented by the Austrian government for significant contributions to culture.

Prof. Robert Hefner, a long-time colleague who followed Peter Berger as the CURA Director, says that Peter Berger “will be remembered as one of the greatest sociologists of religion and modernity in the period stretching from the late 1950s to today.” His note of personal remembrance, goes on to say:

“Co-authored with his life-long friend, Thomas Luckmann, his The Social Construction of Reality is recognized as one of the most original and influential books in the sociology of knowledge ever written.  It was translated into more than twenty languages; its English-language edition sold more than one million copies in paperback.  He went on to publish more than twenty other books in sociology, and three works of a broadly theological nature.   He also wrote two books on humor.  He had an astonishing memory and verbal faculty for joke telling, typically related in a dead-pan manner but with a trademark twinkle in his eye.   He trained dozens of students, and inspired many more.

Peter came to Boston University in 1981, and established the institute now known as the Institute on Culture, Religion, and World Affairs (CURA)  in 1985. In January 1986, he invited me to join CURA as associate director, an event that changed my life. Over the next twenty-two years as CURA director, Peter worked with a network of Boston University colleagues and international scholars to coordinate more than 140 research projects in twenty countries, resulting in the publication of 130 books. In 1999, the Pew Charitable Trust recognized CURA as one of its first three “centers of excellence” for multi-disciplinary research on religion and world affairs.  CURA remains the oldest such center in North America, with a publication legacy second to none. All who had the pleasure to work with Peter know that his combination of wit, intellectual brilliance, and graciousness was unique.  His personal and intellectual legacy will continue. But all who knew him miss him deeply.”

Prof. Timothy Longman, the current director of CURA, calls Peter Berger “a groundbreaking scholar in the social scientific study of religion, making major contributions to the understanding of pluralism, secularization, the effects of modernity on religion, and other topics.” He added:

“His leadership and insight will be missed, but his academic legacy is preserved at the center that he established at BU, CURA, where a new generation of scholars follow his lead in exploring the important role of religion in world affairs.”

Dean Mary Elizabeth Moore, Dean of the Boston University School of Theology, commented that “Peter’s founding of CURA was a major gift to BU,” and added that:

“Peter’s legacy runs deep and wide in multiple fields, especially the sociology of religion, sociology of knowledge, and theology. His work has been ground-breaking for a vast range of people wrestling with thorny questions of human culture, religion, secularity, and meaning. His written legacy will go on, but his large personal presence will be missed by everyone who knew him.”

Born in Vienna, Austria, in 1929, he emigrated to the United States shortly after World War II and later (in 1959) married Brigitte Kellner, herself an eminent sociologist who was also on the Boston University faculty as served as the Chair of the BU sociology department. She died in may 2015. Their elder son, Thomas Ulrich Berger is a professor at the Pardee School of Global Studies specializing in international relations, in German and Japanese Politics, and in Political Culture. He is the author, most recently, of War, Guilt and World Politics After World War II (2012).