Stern in Bostonia on Why Terrorists Kill 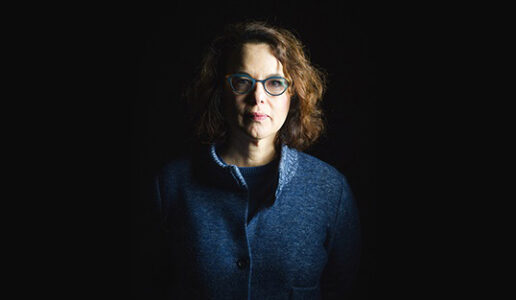 Jessica Stern, Research Professor at the Frederick S. Pardee School of Global Studies at Boston University, was recently the focus of a profile by Bostonia that focused on the motivation of violent extremists, and the logic that leads people into being recruited by terrorist organizations and subsequently committing terrorist acts.

The profile, entitled “Why Terrorists Kill,” was published in the Winter/Spring issue of Bostonia.

In a room inside a maximum security prison in The Hague, Jessica Stern, a small woman in a conservative black pantsuit, was seated across a wooden table from Radovan Karadžić, the Bosnian Serb warlord convicted of war crimes and crimes against humanity. He was found guilty of genocide for the massacre of 8,000 Muslim men and boys at Srebrenica in July 1995. At 70, Karadžić was still an imposing man, 6-foot-4, barrel-chested, with his trademark mane of white hair intact.

Stern is a research professor at BU’s Frederick S. Pardee School of Global Studies and one of the world’s leading scholars of terrorism and other forms of violent extremism. The United Nations International Criminal Tribunal for the former Yugoslavia, in The Hague—the court that had sentenced Karadžić to 40 years in prison—granted her permission to interview the former Serb leader for a book she is writing examining the history behind his role in the Balkan war.

Karadžić is a psychiatrist, a poet, and a devout Orthodox Christian. He is also a liar and a charismatic master manipulator. During his 13 years as a fugitive war criminal in Belgrade, he had transformed himself into a New Age guru. Now, in the interview room where he had been holding forth on the glorious Serb past, Karadžić abruptly announced that he wanted to show her how he’d worked as an energy healer.