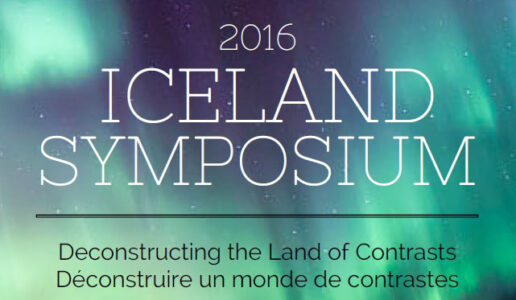 Michael Corgan, Associate Professor of International Relations at the Frederick S. Pardee School of Global Studies, was a speaker at the 2016 Glendon’s Student Annual International Studies Symposium on March 19 at York University in Toronto, Canada.

The focus of this year’s symposium was Iceland, with the goal of creating an emerging, politically and socially-conscious community that will engage in shaping strong Icelandic relations in Canada and abroad.

Corgan spoke as part of the Domestic Policies panel, which will examine Arctic geopolitics and Icelandic politics.

During the panel, Corgan focused on the impacts of the 2008 collapse of Iceland’s private banks on the country’s political and economic structures.

“A man-made earthquake, the 2008 collapse of Icelandic’ private banks has continued to send aftershocks through the economic and political landscape,” Corgan said. “This conference dealt with what initiatives Iceland will be able to take domestically and internationally even as recovery proceeds.”

Affiliated with Boston University since 1985, Corgan has also served as Chairman of the Department of Naval Science. He has participated in extensive government service in political and military planning (especially NATO). He also is a regularly appearing media analyst on security and political affairs for many Icelandic and Boston media outlets. Learn more about him here.