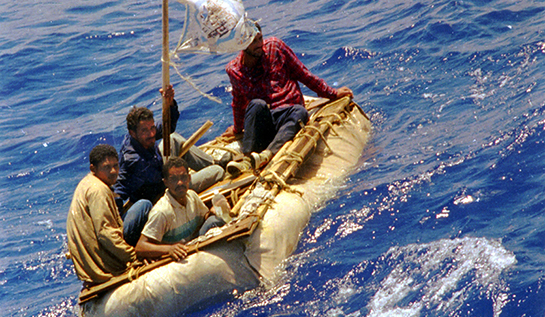 Susan Eckstein, Professor of International Relations and Sociology at the Frederick S. Pardee School of Global Studies at Boston University, was interviewed about her research on immigration from Cuba by BU Today.

Eckstein’s interview, entitled “Door from Cuba Has Been Held Open,” was published on Dec. 10. In it, BU Today talked with Eckstein about her book and the tangled history and politics behind US-Cuban immigration policy.

About 125,000 Cubans came to the United States illegally in 1980. Again, Castro announced that Cubans who wanted to leave could have their relatives in the United States pick them up—this time at the port of Mariel. Cuban Americans took advantage of the opportunity and sent boats to Cuba. They ignored President Carter’s efforts to stop them.

The exodus from Mariel has background. Both the US and Cuban governments blocked legal immigration at the time. Under the circumstances, Cubans who wanted to leave sought asylum at Latin American embassies in Havana, especially at the Peruvian Embassy. Some 10,000 stormed the Peruvian Embassy, thereby hoping to be able to leave Cuba. Castro wanted to make his problems America’s, by allowing Cubans to leave illegally—those at the Peruvian Embassy and others as well. Carter tried to negotiate an orderly air or boatlift, like Johnson had in the mid-1960s, but this time Castro refused to cooperate. Some 125,000 Cubans took advantage of the opportunity to leave from Mariel for the United States without US authorization.

Eckstein is the author of four books, most recently of The Immigrant Divide: How Cuban Americans Changed the U.S. and Their Homeland, and editor/co-editor of another four books in English (most recently of How Immigrants Impact Their Homelands [co-authored]). She has also published two books in Spanish and authored about seven dozen articles, winning several awards for her publications. Learn more about her here.