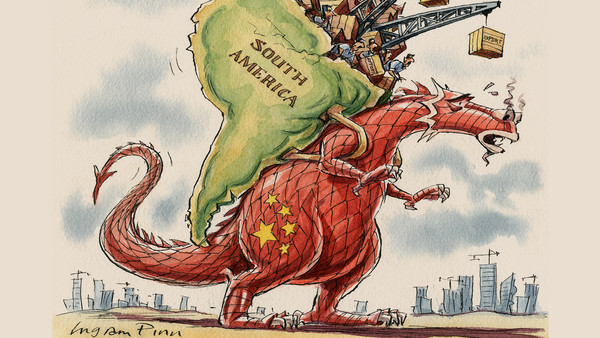 Gallagher, co-director of the Global Economic Governance Initative (GEGI), made the argument in a Feb. 26 article in Forbes entitled, “China Kicks World Bank to the Curb in Latin America.”

Chinese banks continue to finance countries left behind by the World Bank, Inter-American Development Bank (IADB) and by traditional U.S. and European lenders, according to a study by Boston University’s Global Economic Governance Initiative (GEGI) and the Inter-American Dialogue, a Washington DC based think tank.

Argentina, Brazil, Ecuador and Venezuela, which are not able to borrow as easily in global capital markets, focused on Chinese lending in 2014 as a source for foreign loans. The China lending trend in Latin America is firmly in place, says GEGI researcher and BU professor Kevin Gallagher.

GEGI data released on Thursday shows a 70% increase in China bank loans to Latin America and the Caribbean in 2014.

The article comes on the heels of the publication of a research database summarizing China/Latin America lending ties.

Gallagher is the co-chair of the Task Force on Regulating Capital Flows and has served as an advisor to the Department of State and the Environmental Protection Agency in the United States. as well as to the United Nations Conference on Trade and Development. Gallagher has been a visiting or adjunct professor at the Fletcher School of Law and Diplomacy; El Colegio de Mexico in Mexico; Tsinghua University in China, and the Center for State and Society in Argentina.